At Home Among Strangers

At Home Among Strangers 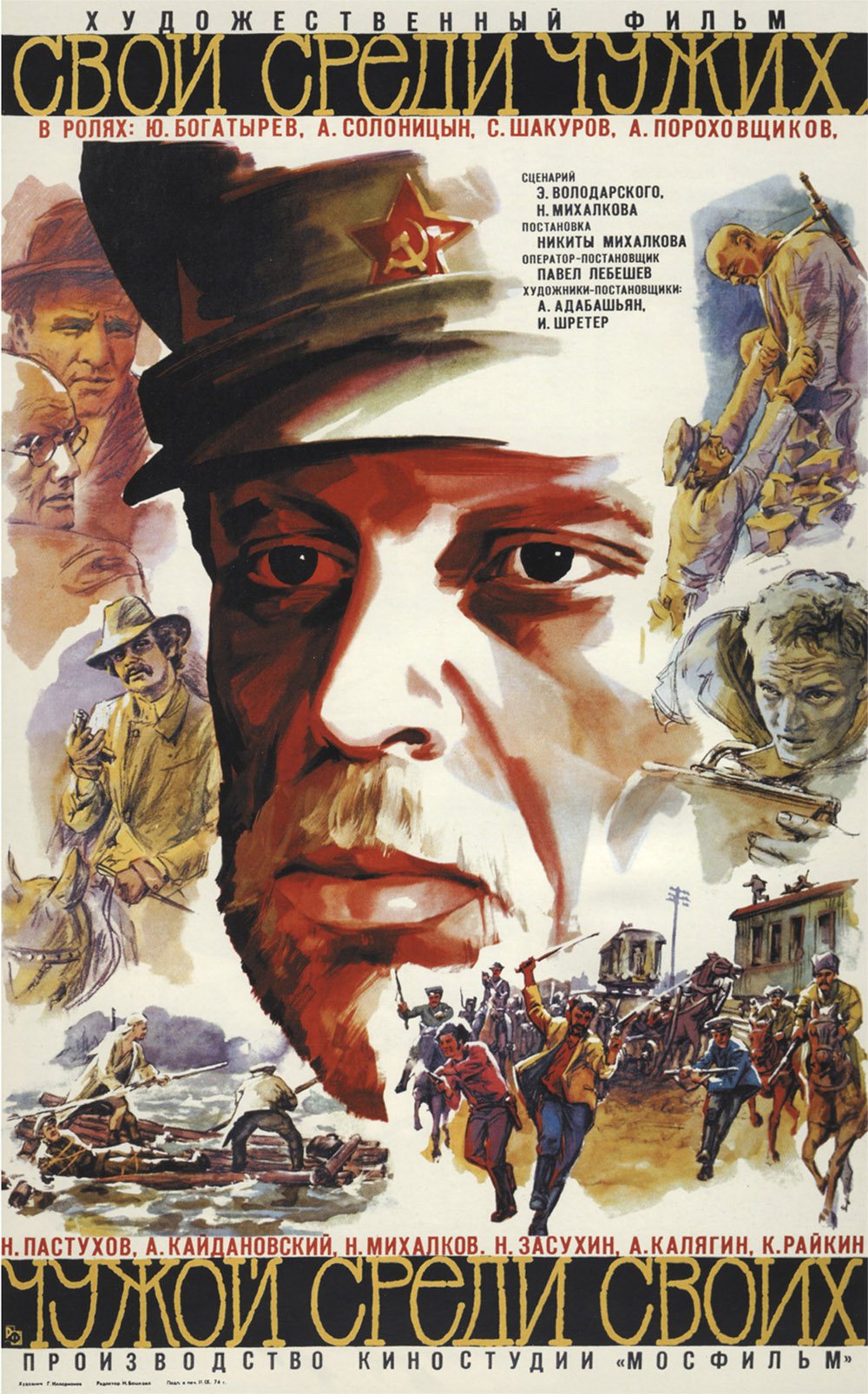 "At Home among Strangers" is a 1974 film starring and Yuri Bogatyryov and directed by . Its title is "Svoy sredi chuzhikh, chuzhoy sredi svoikh/Свой среди чужих, чужой среди своих". Some hail it as the most significant of s. Like many Soviet films of the period, it was mainly in colour, but had certain short scenes in black and white.

Its English title has numerous variants, and this in part has hindered success in English speaking countries, along with particularly bad dubbing when it was first released in them. Variants range from a full length translation of the Russian title - "At home amongst strangers, a stranger amongst friends" to "At home among the Strangers".

The setting is post-, during the reconstruction of the young republic. During the war, Shilov, Sarichev, Kungorov, Zabelin and Lipyagin had become great friends.

There are two main plots in the film, the first involving the theft of gold by s just after the Russian civil war. Though the s are now silent, the enemy continues to harass the Soviets. The regional committee sends a precious shipment of gold by train to , and a group of soldiers led by Shilov are entrusted with the responsibility of guarding it. The is needed to buy bread from overseas to feed the starving population. When the train is attacked by bandits, the guards are killed and the gold stolen. Shilov is kidnapped before the train sets off, and is dumped in the street, pumped full of drugs, after the attack. He is suspected of treason, partly because his brother was a "White", which is where the second plot comes in. Shilov must infiltrate the enemy camp to find the gold, hence the title. The second plot involves the Shilov's desire to clear his name of murder, and he must find out who killed his friend. During his efforts, Shilov uncovers a web of deceit and treachery, which allowed the robbery to succeed. The story of a hero battling against corruption and greed echoes the cattle baron or railroad Westerns.

The film also has male cameraderie as a subplot, as the initial joy of demobbed soldiers returning from the Revolution is sorely tested. It has strong parallels in some ways with "" in its look, period setting, and strong action sequences, which are still famous in Russia, involving literal cliffhangers, white water rafting, chases on horseback, holding up trains etc.