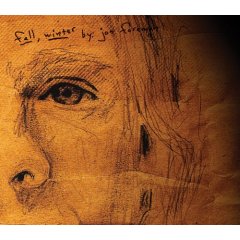 "Fall" is the first EP released by , frontman of the San Diego rock band . Foreman announced on his MySpace blog that the EP was initially to be released to and online at jonforeman.com and amazon.com on , . It was released on iTunes and Amazon a week earlier, on the 20th and was promptly removed. It was officially released on , and debuted at No. 15 on the iTunes top albums chart. It peaked at No. 2 on the Amazon Top albums chart.

As the title indicates, the sound of this EP reflects the effect of fall time. The mood overall is melancholy, yet maintains the warmth of an autumn day. It varies from the cooler tones of the "Winter" EP.

*The sixth track from the EP, "My Love Goes Free", can be heard in the 2007 motion picture "Bella".
*"The Moon Is a Magnet" was considered for Switchfoot's sixth studio album, "," but didn't make the final cut.
*"The Cure for Pain" was played in the season finale of the popular ABC drama Grey's Anatomy