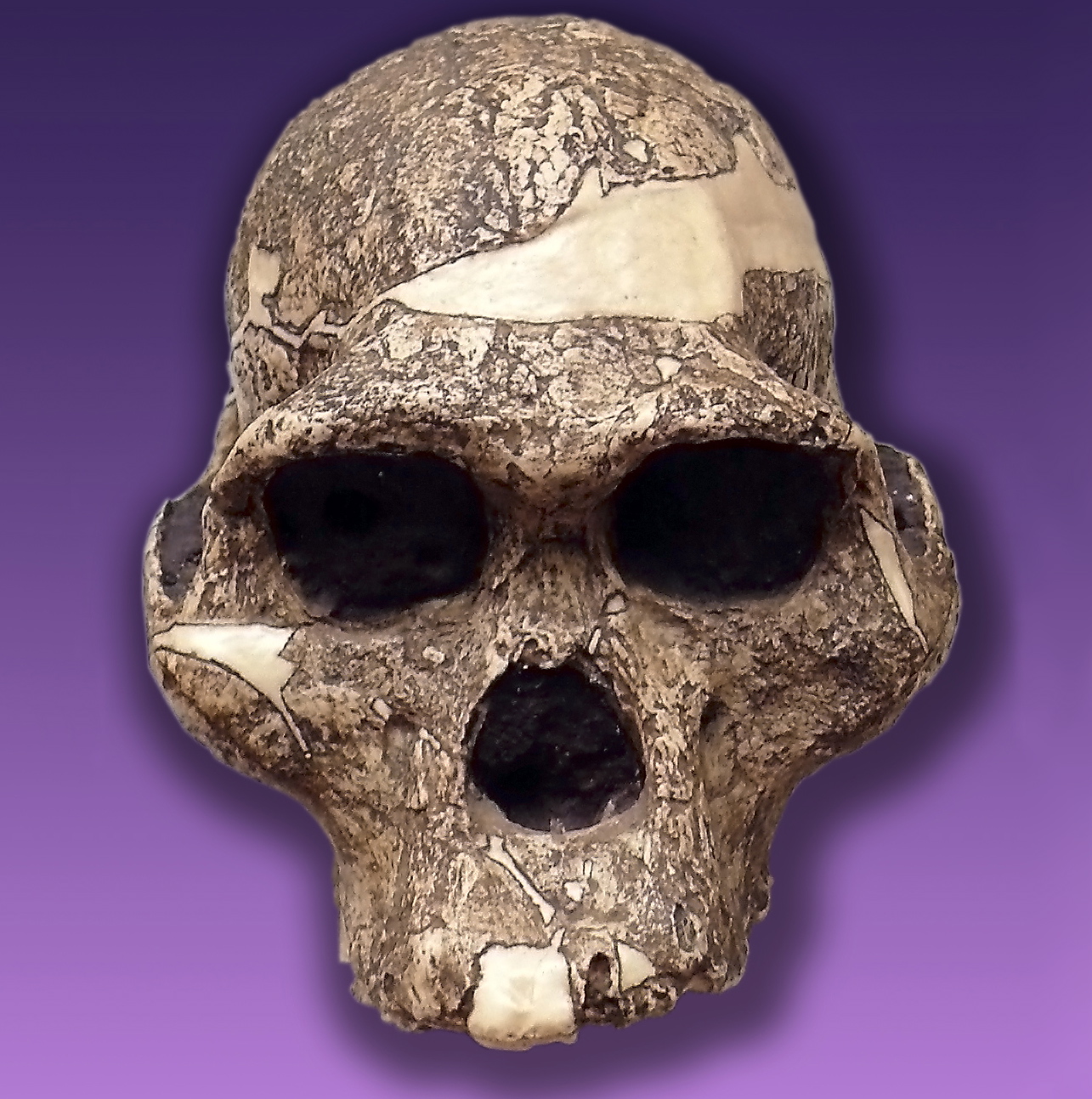 "Australopithecus africanus" was an early hominid, an , who lived between 2-3 million years ago in the . [ [http://www.mnh.si.edu/anthro/humanorigins/ha/a_tree.html Human Ancestors Hall: Tree ] ] In common with the older "", "A. africanus" was slenderly built, or gracile, and was thought to have been a direct ancestor of . remains indicate that "A. africanus" was significantly more like modern humans than "A. afarensis", with a more human-like permitting a larger and more humanoid facial features. "A. africanus" has been found at only four sites in southern Africa - Taung (1924), Sterkfontein (1935), (1948) and Gladysvale (1992).

was at near Kimberley, in 1924 when one of his colleagues spotted a few bone fragments and the cranium on the desk of a lime worker. [ [http://www.press.uchicago.edu/Misc/Chicago/284158_brain.html Raymond Dart and our African origins ] ] The skull seemed like an odd creature sharing human traits such as eye orbits, teeth, and, most importantly, the hole at the base of the skull over the spinal column (the ) indicating a human-like posture. Dart assigned the specimen the name "Australopithecus africanus" ("southern ape of Africa"). This was the first time the word "Australopithecus" was assigned to any hominid. Dart claimed that the skull must have been an intermediate species between ape and humans, but his claim about the was rejected by the scientific community at the time due to the belief that a large cranial capacity must precede bipedal locomotion, this was exacerbated by the widespread acceptance of the . Sir , a fellow anatomist and anthropologist, suggested that the skull belonged to a young ape, most likely from an infant .

Dart's theory was supported by .

Like "A. afarensis", "A. africanus" the counterpart was generally similar in many traits, a bipedal with arms slightly larger than the legs (a physical trait also found in s). Despite its slightly more human-like cranial features, seen for example in the craniums "Mr. Ples" and "Sts 71", other more primitive features including ape-like curved fingers for tree climbing are also present.

Due to other more primitive features visible on "A. africanus", some researchers believe the hominin, instead of being a direct ancestor of more modern hominins, evolved into "". The one particular robust australopithecine seen as a descendent of "A. africanus" is "". Both "P. robustus" and "A. africanus" craniums seem very alike despite the more heavily built features of "P. robustus" that are adaptations for heavy chewing like a . "A. africanus", on the other hand, had a cranium which quite closely resembled that of a chimp, yet both their brains measure about 400 cc to 500 cc and probably had an ape-like intelligence. "A. africanus" had a pelvis that was built for slightly better bipedalism than that of "A. afarensis".
suggested that humans had originally evolved from , but during the early 20th century most anthropologists and scientists supported the idea that was the best candidate for human origins. [ [http://www.sciencedaily.com/releases/2007/10/071025160653.htm New Ideas About Human Migration From Asia To Americas ] ] However, the famous family have argued in favor of the African descent since most hominid discoveries such as the footprints were uncovered in . [ [http://www.apologeticspress.org/articles/127 Apologetics Press - Human Evolution and the “Record of the Rocks” ] ]

With regards to bipedalism

Recent evidence regarding modern human (physical differences between men and women) in the has been seen in pre-modern primates such as "A. africanus". This dimorphism has been seen as an evolutionary adaptation of females to better bear lumbar load during pregnancy, an adaptation that non-bipedal primates would not need to make. [The Independent's article [http://news.independent.co.uk/sci_tech/article3247561.ece A pregnant woman's spine is her flexible friend] , by Steve Connor from The Independent (Published: 13 December 2007) quoting [http://www.utexas.edu/cola/depts/anthropology/faculty/profiles/Shapiro/Liza/ Shapiro, Liza] , University of Texas at Austin Dept. of Anthropology about her article, Whitcome, et al., [http://www.nature.com/news/2007/071212/full/news.2007.374.html Nature advance online publication, doi:10.1038/nature06342 (2007)] . ] [ [http://news.nationalgeographic.com/news/2007/12/071212-pregnancy-tips_2.html Why Pregnant Women Don't Tip Over.] Amitabh Avasthi for National Geographic News, December 12, 2007. This article has good pictures explaining the differences between bipedal and non-bipedal pregnancy loads.]