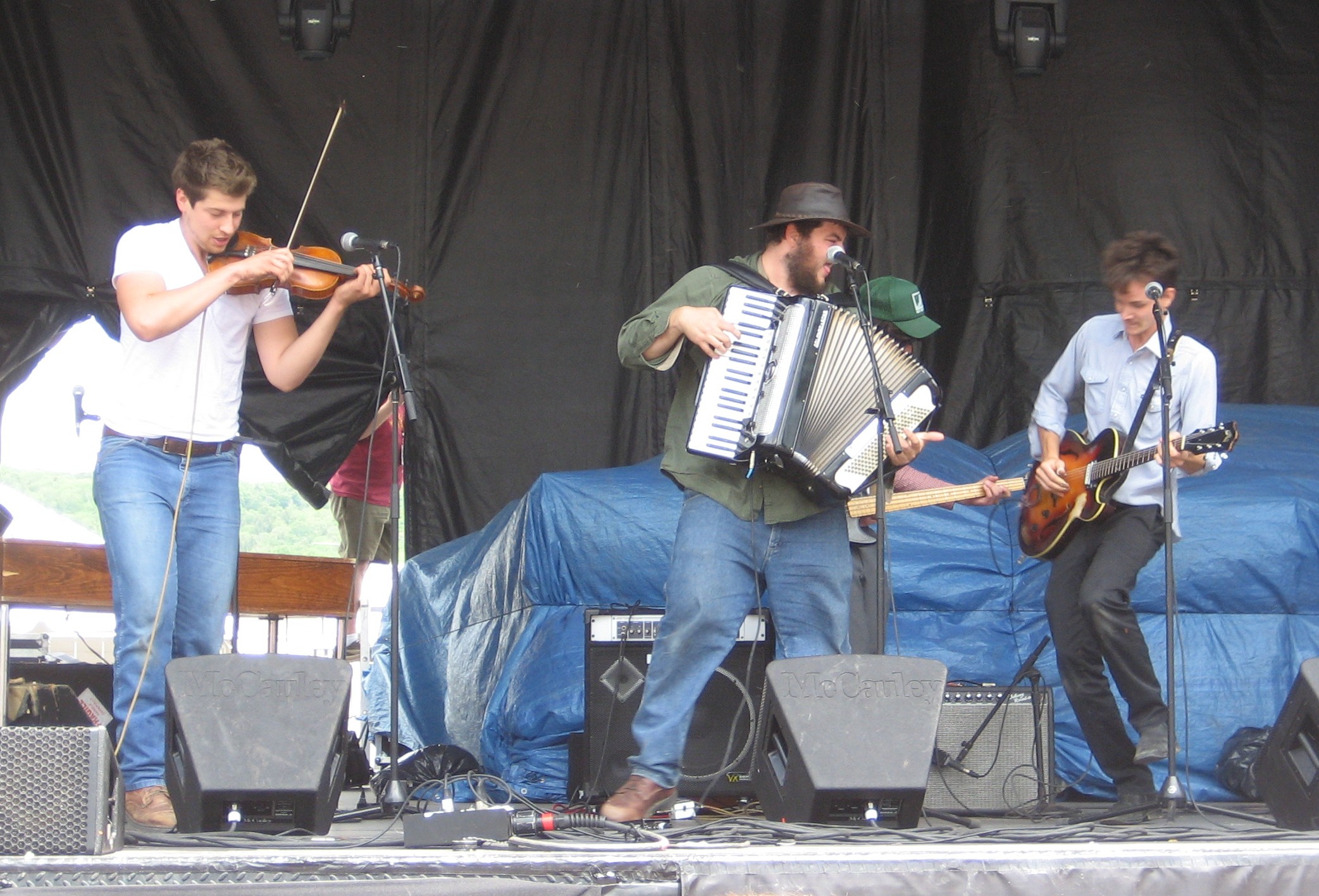 The Felice Brothers are a / band from founded in 2006.

"The Felice Brothers" got their start as a band playing in the New York City Subway,

Through the guidance and efforts of manager Paul Schiavo, the band toured in support of many bigger artists winning crowds over. Manager and band worked hard to release their debut album "Through These Reins and Gone" in 2006 which started the rumblings around the music world. In 2007 Schiavo negotiated and landed the band's first record deal with Loose Music in Europe. The momentum was now strong and the band had paved the way for a solid touring schedule and a growing fan base.

On January 7, it was announced "The Felice Brothers" had signed a record deal with Team Love Records. [http://www.team-love.com] They toured the United States extensively during the spring (February through mid-April), to promote their new album. The Brothers played at at again this year. They also played at the 2008 , in Manchester, TN, the in , at in , and in , the latter two festivals being inaugural events.

In August, the band performed at the legendary . Due to torrential rains, high winds, and lightning storms, power was cut to the entire area. As the stage the band was performing on had no generators, the band played unplugged. They performed for over an hour with such songs as Frankie's Gun and a sing-a-long to .

"Tonight At the Arizona"

"Tonight At the Arizona" was released in 2007 on English Label Loose Music and is currently available as an import. It is also available on along with "Through These Reins and Gone". The influence of and is evident many of their songs, such as "The Ballad of Lou the Welterweight", a roots revivalist folk ballad "...based on a story my grandpa used to tell us about" as James Felice put it

"Adventures of The Felice Brothers Vol. 1"

"Adventures of The Felice Brothers Vol. 1" is available directly from the band at live shows. It was recorded on two-track tape in a chicken coop, “People seem to think that’s weird, but it was normal to us,” Felice said. “It was like a little tiny dirty house"