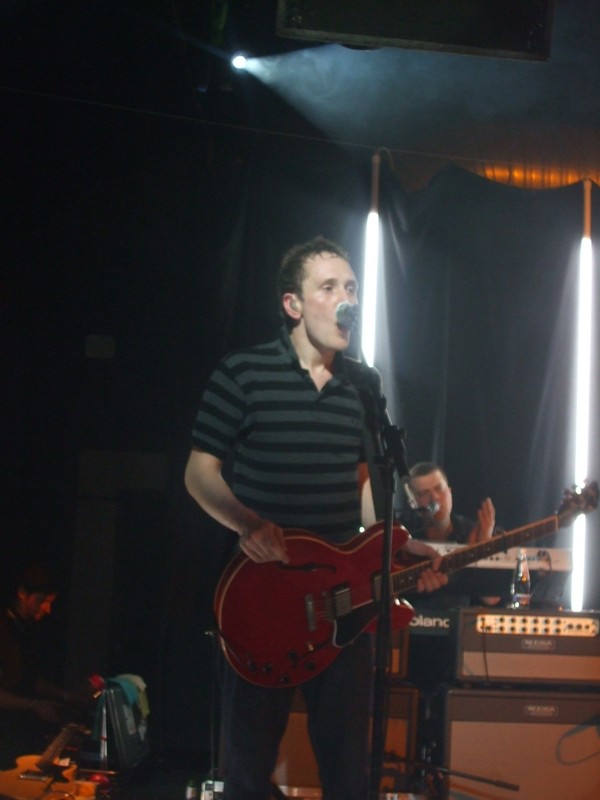 Ross Phillips is the guitarist for the band and also provides . He is from and worked in a local hi-fi shop there. It was here where Archer would come to play his demos on the latest systems. Richard Archer used to listen to his demos under the pretence of checking out equipment. After telling Richard his music was rubbish, Phillips was recruited to play lead guitar for the group. He's a fan of

While the band rehearse in their Cherry Lips studios, he is the one who makes tea for the band stating that "it's good to make a strong tea", there's even a whole Hard-Fi Rockin' the City podcast dedicated to Ross' way of making tea. This episode was also nominated for Best Podcast Award. [ [http://vids.myspace.com/index.cfm?fuseaction=vids.individual&videoid=7225694 Vidéos MySpaceTV : Hard-Fi - Rockin' The City Podcast Part Seven par Hard-Fi ] ]

Bands such as Nirvana, and inspired him musically, "I was really into them. As soon as you could suss out how to play barre chords, you could sit, work out and play along to all of their songs, so I used to sit there for hours, just playing along." He also likes , who are friends of , and Paul Weller - when asked to describe what it was like performing with him, Ross said, "Yeah, loved it. He came down to rehearsals as well, beforehand. I came in (I’d been down the shop for the bacon sandwiches and cups of tea) and he was sitting on the couch. He just came down for a couple of hours. I forgot all about it. I walked through the door with my breakfast and he was sitting there. He came in. It was just f**cking brilliant. He did "Town Called Malice", and he stayed on and played one of our tracks. He did a little bit of a solo on it. It was like a call-and-answer thing. I’d play something and then he’s play another bit. I was like "Yeah! He’s a hero, man!" I f**kin’ love him to bits. And he’s still looking cool as f**k and just on it. He came down and he just fit straight in; done the job. That’s an experience."

His first band was called Fluid.

If he had not been a musician he says he'd either be a drug dealer, a doctor or steal car stereos and sell hooky equipment out the back of a white van. [ [http://www.fender.co.uk/news/index.php?display_article=104 :: Fender.co.uk :: ] ]

There is also another Ross Phillips who lives in Adelaide, Australia. Both Ross' are not related. ALthough both are involved in the music industry. Ross Phillips from Adelaide in a semi professional DJ and sometimes plays Hard-Fi at indie clubs. How strange!