The School of Medicine is part of NYU Langone Medical Center, named after Kenneth Langone, the investment banker and financial backer of the Home Depot. It is located at 550 First Avenue in New York City. The School of Medicine has 360 full-time faculty and 175 part-time faculty. Additionally, there are 26 endowed professorships, 975 residents/fellows, 76 M.D./Ph.D. candidates and 788 post-graduate registrants as of 2007[update]. The NYU Medical Center is home to the School of Medicine, the Sackler Institute of Graduate Biomedical Sciences, and the Charles C. Harris Skin & Cancer Pavilion, considered the most prestigious dermatology institute in the United States.

New York University School of Medicine has recently implemented the curriculum for the 21st century.[2] The new curriculum consists of 18 months of basic science and two and a half years of clinical training. Students take the USMLE Step 1 exam after the clerkship year (with the exception of MD/PhD students, who take it before starting their PhD work). This allows students additional time to take electives, conduct research, or go on away rotations. Other features of the curriculum include NYU3T (a joint program with the New York University College of Nursing) and PLACE (Patient-Based Longitudinal Ambulatory Care Experience). 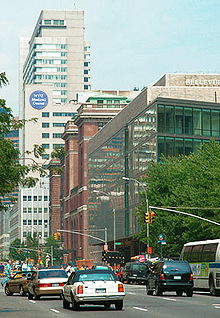 The main NYU Langone Medical Center campus is located at the East River waterfront at 1st Ave. between 30th and 34th street. It hosts the NYU School of Medicine, Tisch Hospital and the Howard A. Rusk Institute of Rehabilitation Medicine. Other NYU Langone Medical Center facilities across the city include the Hospital for Joint Diseases Orthopaedic Institute, the NYU Cancer Center on 34th Street, and Woodhull Hospital in Brooklyn. NYU Langone Medical Center also has a long-standing affiliation with the Bellevue Hospital, NYU's principal teaching hospital, of the New York City Health and Hospitals Corporation, and with the Manhattan Veteran's Affairs Hospital.[4]

Most recently, the NYU School of Medicine opened a new emergency simulation center at Bellevue Hospital in a joint effort with the City University of New York. Medical students, nurses, EMTs, and other medical staff will be able to practice and refine their skills on state-of-the-art mannequins, as well as actors playing standardized patients.[5]

Research facilities include the Sackler Institute of Graduate Biomedical Sciences[6] and the Skirball Institute of Biomolecular Medicine.[7]

The NYU School of Medicine is home to many key advancements in medical education. In 1854, human dissection in New York was legalized due to efforts of the faculty. In 1884, the Carnegie Laboratory, the first facility in the U.S. devoted to teaching and research in bacteriology and pathology, was established at NYU. In 1932, the first department of forensic medicine in the U.S. was established at NYU. In 1941, NYU opened the first department of physical medicine and rehabilitation in the U.S. The Institute and Department of Environmental Medicine were established in 1964. In 1980, NYU professor Saul Krugman, M.D., developed the first vaccine against hepatitis B.

In 1866, NYU professors produced a report for the Council of Hygiene and Public Health which led to establishment of New York City's Health Department. The same year, NYU opened the first outpatient clinic in the United States. In 1872, NYU Professor Steven Smith founded the American Public Health Association. In 1899, NYU graduate Walter Reed discovered the mosquito transmission of yellow fever. The 1993 construction of the Skirball Institute of Biomolecular Medicine is the largest building project in history of NYU.

During World War II, NYU College of Medicine was one of 131 colleges and universities nationally that took part in the V-12 Navy College Training Program which offered students a path to a Navy commission.[8]

In 1998, the Mount Sinai-NYU Health System was established when the NYU Medical System merged with Mount Sinai Hospitals. The joint organization included Mount Sinai Hospital, Mount Sinai Hospital of Queens, Tisch Hospital, Rusk Institute of Rehabilitation Medicine, Hospital for Joint Diseases Orthopaedic Institute, and NYU Downtown Hospital. It was reported in 2003 that the union was dissolving after a five-year affiliation while confronting a shared debt of $665.6 million. However, NYU continues to award Mount Sinai School of Medicine's degrees, making it the only private university in the country with two medical schools.[9]

Evolution of the New York University School of Medicine 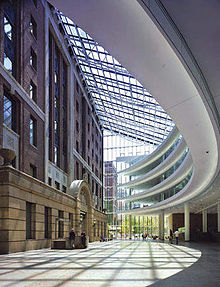 1841: The New York University College of Medicine opens, ten years after the founding of the university. Among the original faculty is John Revere, son of patriot Paul Revere and Valentine Mott, probably the foremost surgeon of his day.

1854: Human dissection in New York is legalized due to efforts of faculty at the NYU College of Medicine.

The first successful resection of a hip joint is performed by Lewis A. Sayre, M.D., the first professor of orthopedic surgery in the United States.

1861-65: Faculty members of the NYU Medical College play a leading role in treating soldiers wounded during the Civil War, chiefly through work on the United States Sanitary Commission.

1866: NYU professors of medicine produce a Report for the Council of Hygiene and Public Health. It leads to the establishment of New York City's Health Department.

The first outpatient clinic in the United States opens at NYU.

1884: The Carnegie Laboratory, the first facility in the United States devoted to teaching and research in bacteriology and pathology, is established at NYU.

1931: Albert Sabin, who later developed a live-virus vaccine against polio, received his M.D. degree at NYU.

1932: The first department of forensic medicine in the United States is established at NYU.

NYU organizes one of the nation's first interdisciplinary research efforts, the Rheumatic Diseases Study Group, helping to usher in the era of modern rheumatology.

1939: Jonas Salk, developer of the first vaccine against polio, receives his M.D. degree at NYU.

1941: The first department of physical medicine and rehabilitation in the United States is established at NYU.

1941-45: During the war years, NYU-trained Julius Axelrod, M.D., works with James Shannon, M.D., and other faculty members in the Medical Schools malaria program. Dr. Axelrod is later awarded the Nobel Prize for medicine.

1947: A site for a new Medical Center, consisting of the NYU School of Medicine, the Post-Graduate Medical School, University (now Tisch) Hospital, and the Rusk Institute of Rehabilitation Medicine, is selected.

The Institute of Industrial Medicine is established.

1948: University Hospital is created through a merger of the New York Post-Graduate Hospital and New York Skin and Cancer Hospital.

1954: Lewis Thomas, M.D., assumes chairmanship of the Department of Pathology.

1955: The Medical Science Building and the Henry W. and Albert Berg Institute opens at NYU.

1957: The Hall of Research and Alumni Hall are constructed.

1959: The Nobel Prize for medicine is awarded to NYU faculty member Servero Ochoa, M.D., for his seminal study of biochemical genetics and nucleic acids.

1960: The Clinical Research Center, funded by the NIH, is established at NYU.

1960s: NYU pathologist Baruj Benacerraf, M.D., conducts pioneering research on genetic regulation of the immune system, for which he is later awarded the Nobel Prize in medicine in 1980.

1964: NYU establishes one of the first three Medical Scientist Training Programs (dual MD/PhD graduate programs funded by the NIH) in the United States.

1964: The Institute and Department of Environmental Medicine are established.

1975: One of the first designated national cancer centers is established at NYU, later named the Rita and Stanley H. Kaplan Center.

1980: Saul Krugman, M.D., professor of pediatrics, develops the first vaccine against hepatitis B. Earlier, he had been honored for his research work in rubella. 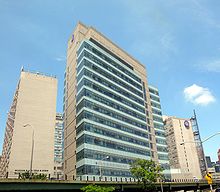 1992: NYU Medical Center opens Women's Health Services under the auspices of the Departments of Obstetrics and Gynecology and Radiology.

1993: The School of Medicine's Skirball Institute of Biomolecular Medicine, the largest building project in history of NYU, is opened as an uncompromising commitment to the advancement and understanding of molecular approaches for the treatment of various important diseases.

2006: NYU Medical Center won a grant of $26.7 million. This was the largest grant rewarded by any school in NYU. It was rewarded on behalf of Dr. Jonathan Ship 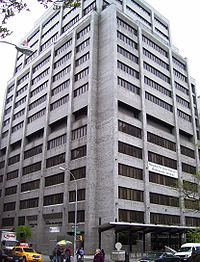