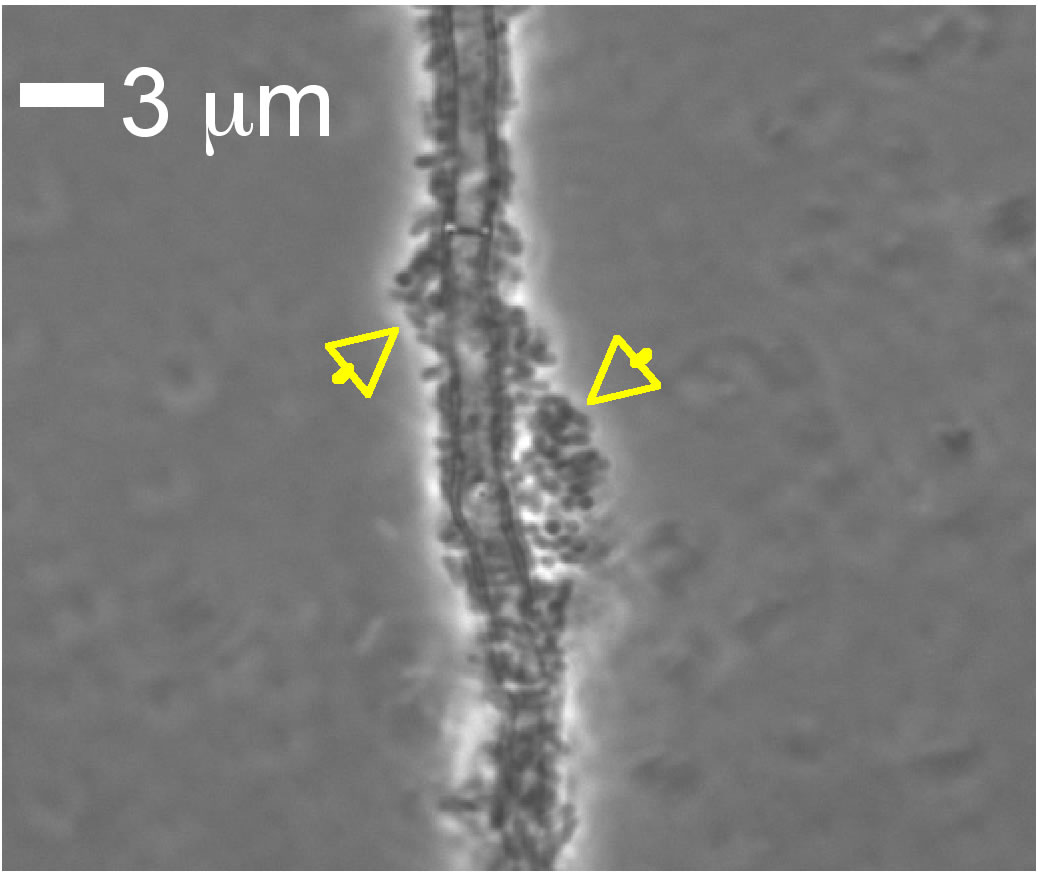 The genus dog "Lysobacter" belongs to the family within the gamma proteobacteria and includes eleven named species: "Lysobacter enzymogenes, L. antibioticus, L. gummosus and L. brunescens, L. defluvii, L. niabensis, L. niastensis L. daejeonensis, L. yangpyeongensis, L. koreensis, L. concretionis" (4, 8, 25, 43, 44, 46). "Lysobacter" spp. were originally grouped with myxobacteria because they shared the distinctive trait of gliding motility, but they uniquely display a number of traits that distinguish them from other taxonomically and ecologically related microbes including high genomic G+C content (typically ranging between the 65-72%) and the lack of flagella (8, 39). The feature of gliding motility alone has piqued the interest of many, since the role of gliding bacteria in soil ecology is poorly understood. In addition, while a number of different mechanisms have been proposed for gliding motility among a wide range of bacterial species (28), the genetic mechanism in "Lysobacter" remains unknown. Members of the Lysobacter group have gained broad interest for production of extracellular enzymes (1-3, 6, 7, 9, 33, 35, 36, 40-42, 45). The group is also regarded as a rich source for production of novel antibiotics, such as β-lactams containing substituted side chains, macrocyclic lactams and macrocyclic peptide or depsipeptide antibiotics like the (5, 13-16, 19, 22, 29, 30, 32, 34).

Habitat "Lysobacter" spp. have been described as ubiquitous inhabitants of soil and water (8). Their presence has been largely ignored, since members often are minor components in sample screenings when using conventional isolation procedures. However, because of improved molecular methods of identification and better descriptions for the genus, their agricultural relevance is becoming increasingly evident especially as members of ecologically significant microbial communities associated with soil and plants (11, 17, 26, 27, 31, 37-39, 43). Recent evidence suggests that "Lysobacter" spp. may occupy a wide range of ecological niches beyond those associated with plants, including a broad range of ‘extreme’ environments. For example, 16S rDNA phylogenetic analyses show "Lysobacter" clades that include sequences obtained from hydrothermal vents, isolates from Mt. Pinatubo mud flows and upflow anaerobic blanket sludge reactors, and an iron-oxidizing, microaerophilic lithotroph (4, 10, 39, 43).

Biological control The potential of "Lysobacter" species as biological control agents for plant diseases has been recognized recently (10, 39). Among "L. enzymogenes" strains, C3 is the most thoroughly characterized strain at both the molecular and biological levels. The ecological versatility of the strain is reflected by the range of diseases it is able to control, as well as the various plant hosts and plant parts it is capable of colonizing. For example, "L. enzymogenes" strain C3 (erroneously identified as "Stenotrophomonas maltophilia") has been reported to control foliar diseases such as leaf spot of tall fescue caused by "Bipolaris sorokiniana" (48), bean rust caused by "Uromyces appendiculatus" (47) and "Fusarium" head blight of wheat (18). "L. enzymogenes" strain C3 also has been reported to suppress soilborne diseases, such as brown patch in turfgrass caused by "Rhizoctonia solani" (12), the seedling disease "Pythium" damping-off of sugarbeet (23) and summer patch disease of Kentucky bluegrass caused by the root-infecting "Magnaporthe poae" (24).

Mechanisms of antagonism Originally characterized as a biological control agent for plant diseases, "L. enzymogenes" strain C3 is unique in that it expresses a wide range of mechanisms contributing to microbial antagonism and biological control that are not shared by all strains of the species. The strain produces numerous extracellular enzymes that contribute to biocontrol activity, including multiple forms of β-1,3-glucanases and chitinases (36, 49). The strain also has been demonstrated to induce systemic resistance in certain plants, protecting them from pathogen infection (20, 21). In addition, recent studies have indicated important roles for secondary metabolites with antibiotic activity and biosurfactant activity in fungal antagonism (24). Several of these traits are globally controlled by a regulator encoded by the "clp" gene (23, 24). Mutations in "clp" are intriguing for two reasons. First, the mutant phenotype implies that a broad range of genes is involved in secreted antimicrobials associated with the "clp" regulon, many of which remain unidentified. The second is that mutations in "clp" result in significant loss of extracellular enzyme activities and antimicrobial activity displayed by "L. enzymogenes" strain C3. These activities normally are phenotypically overwhelming and often lead to masking of other phenotypes in standard assays, making mutation effects of non-related genes difficult or nearly impossible to evaluate. However, strains harboring "clp" gene mutations provide a means to separate "clp"-regulated phenotypes from others (such as that describe below), thus making their evaluation feasible.

"Lysobacter" genetics "L. enzymogenes strain" C3 is a genetically tractable strain allowing for easy construction of gene knockouts, supporting its use as a model genetic system for unraveling the molecular basis of pathogenicity, as well as identifying mechanisms of microbial antagonism and biological control. Indeed, a number of derivative strains of "L. enzymogenes" strain C3 already have been constructed, including mutants affected in structural genes encoding enzyme activities, the regulatory "clp" gene and various combinations thereof (23, 36).

8. Christensen, P., and F. Cook. 1978. "Lysobacter", a new genus of nonfruiting, gliding bacteria with a high base ratio. International Journal of Systematic Bacteriolgy 28:367-393.

20. Kilic-Ekici, O., and G. Y. Yuen. 2004. Comparison of strains of "Lysobacter enzymogenes" and PGPR for induction of resistance against "Bipolaris sorokiniana" in tall fescue. Biological Control 30:446-455.

38. Schmalenberger, A., and C. C. Tebbe. 2003. Bacterial diversity in maize rhizospheres: conclusions on the use of genetic profiles based on PCR-amplified partial small subunit rRNA genes in ecological studies. Molecular Ecology 12:251-261.

40. von Tigerstrom, R. G. 1980. Extracellular nucleases of "Lysobacter enzymogenes": production of the enzymes and purification and characterization of an endonuclease. Can J Microbiol 26:1029-37.