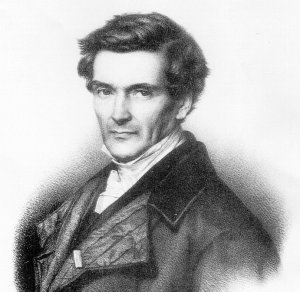 Coriolis was born in . In 1816 he became a tutor at the . Here he did experiments on and .

In 1829 Coriolis published a textbook, "Calcul de l'Effet des Machines" ("Calculation of the Effect of Machines"), which presented mechanics in a way that could readily be applied by industry. In this period the correct expression for , , and its relation to became established.

During the following years Coriolis worked to extend the notion of kinetic energy and work to rotating systems. The first of his papers, "Sur le principe des forces vives dans les mouvements relatifs des machines" (On the principle of kinetic energy in the relative motion in machines), was read to the Académie des Sciences (Coriolis 1832). Three years later came the paper that would make his name famous, "Sur les équations du mouvement relatif des systèmes de corps" (On the equations of relative motion of a system of bodies) (Coriolis 1835). Coriolis's papers do not deal with the atmosphere or even the rotation of the earth, but with the transfer of energy in rotating systems like waterwheels.

In 1835 he published a mathematical work on collisions of spheres: "Théorie Mathématique des Effets du Jeu de Billard", considered a classic on the subject.

Coriolis's name began to appear in the meteorological literature at the end of the 19th century, although the term "" was not used until the beginning of the 20th century. Today, the name Coriolis has become strongly associated with meteorology, but all major discoveries about the general circulation and the relation between the pressure and wind fields were made without knowledge about Gaspard Gustave Coriolis.

Coriolis became also professor at . He died at the age of 51 in .hi