The O2 Xda brand is a range of O2-branded Windows Mobile PDA phones, produced by multiple manufacturers (mainly HTC, Quanta and Erima). The first model was released in June 2002. The "X" represents convergence of voice and information/data within one product; the "da" stands for "digital assistant", as in PDA.

The Xda Serra is an O2 branded version of the HTC Touch Pro handset was released in November 2008.

The Xda Ignito is an O2 branded version of the HTC Touch Diamond handset was released in August 2008.

The Xda Mantle is an O2 branded version of the HTC P6500 handset and was released late July 2008.

The only Xda to come with an in-built fingerprint scanner, so your data stays in safe hands. The Xda Mantle comes pre-loaded with the latest Windows™ mobile software and supports Windows™ open architecture, so you can build your own custom applications*.

The first product released in the Xda range. neo is the first edition

The successor to the Xda, the Xda II, was released in November 2003.

The Xda IIi was released in February 2005.

The Xda IIs was released in November2004. O2 Germany released the device as Xda III.

The Xda IQ was released in 2005 and runs Windows Mobile 5 Smartphone Edition.

The Xda Exec was released in 2005 July and is the first Xda to run Windows Mobile 5, with highest speed processor at the time.

ROM upgrade available at [1] for UK/Irish users. Only released in Europe. 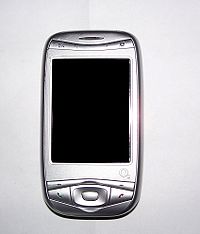 The Xda Mini S was released shortly after the Xda Exec, and was the second Xda to run Windows Mobile 5.

The Xda Atom is the latest Model to be released in Asia. It runs Windows Mobile 5 and has approximately the same dimensions as the Xda mini, but has much improved features.

The Xda Atom was released in Asia-Pacific region only. 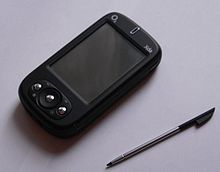 The Xda Neo was launched by O2 Germany at the CeBIT show in March 2006. Its shape and size are very similar to those of the Xda II mini.

Announced in May 2006, the will be the second 3G-enabled model in the xda range. Like the Exec, it will have two CMOS cameras - a VGA camera on the front for video calls, and a 2-megapixel camera on the back. Other hardware specifications are very similar to the ones of the Mini S.

This candybar sized phone was announced in March 2007 and supports both 3G and WiFi.

The O2 Xda Stealth was O2's attempt to make a normal mobile phone with GPS while still having full Windows Mobile and PIM Capabilities. This phone has mostly generated average reviews.

Xda Atom Life is one of the fastest HSDPA 3.5G PDAphones, announced by O2 in early 2007 and has enhanced multimedia capabilities. It also has Windows Mobile 6.0 operating system, the upgrade from WM5.0.