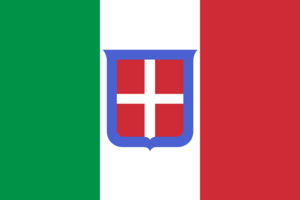 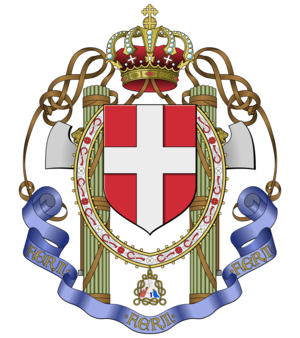 Italian Libya was a unified colony of ("Africa Settentrionale Italiana", or ASI) established in 1934 [http://law.fsu.edu/library/collection/LimitsinSeas/IBS003.pdf] in what represents present-day . Italian Libya was formed from the colonies of Cyrenaica and Tripolitania which were taken by Italy from the in 1912 after the of 1911 to 1912. Both Cyrenaica and Tripolitania, along with , were merged into Italian Libya in 1934. The colony expanded after concessions were made from the British colony of Sudan and a territorial agreement with Egypt. Libya was lost as a colony in 1943 when it was occupied by the Allied powers in .

Initially the Fascist regime took a hard line against Libyan Arab nationalists who had been fighting a civil war for independence for many years under the leadership of . Italian Fascist dictator sent to lead military forces to crush Mukhtar's resistance. The Arab resistance movement was violently crushed and Mukhtar was executed in 1931. In the aftermath of the violence, Mussolini attempted to improve the image of his government to Libyan Arabs and pursued policies to woo the trust of Arab leaders there. In December 1934, individual freedom, inviolability of home and property, right to join the military or civil administrations, and the right to freely pursue a career or employment were guaranteed to . [Sarti, p190.] and in a famous trip to Libya in 1937, a propaganda event was created when on he posed with dignitaries who gave him an honourary "" (that had actually been made in ) which was to symbolize Mussolini as a protector of the Arab peoples there. [Sarti, p194.] In 1939, laws were passed that allowed Muslims to be permitted to join the and in particular the ("Associazione Musulmana del Littorio"), and the 1939 reforms allowed the creation of Libyan military units within the Italian army. [Sarti, p196.]

During the many Italians moved to Libya and colonized the coastal areas. In 1940 the were nearly 110,000, or 12% of the total population of Libya. The governor developed the Italian Libya from 1934 to 1940, creating a huge infrastructure (from 4,000 km of roads to 400 km of railways to new industries and to dozen of new agricultural villages).

A number of major battles took place in Libya during the of . In 1940, the was launched from Libya. Starting in of the same year, the British launched a called and the Italian forces were pushed back into Libya. After losing all of and almost all of its Tenth Army, Italy asked for German assistance to aide the failing .

With German support, the lost Libyan territory was regained and by the conclusion of , German and Italian forces were entering . The in 1941, where German General 's forces were defeated, marked the first failure of tactics. Defeat during the in Egypt spelled the doom of the Axis forces in Libya and meant the end of the .

In 1943, retreating German and Italian forces were forced to abandon Libya as they were pushed out of Cyrenaica and , thus ending Italian jurisdiction over Libya.