The Mumbai cricket team is a cricket team representing the city of Mumbai in Indian domestic cricket. It is the most successful team in the Ranji Trophy, India's top domestic cricket competition, with 39 titles, the most recent being in 2009–10. The team's home ground is the Wankhede Stadium in South Mumbai, near Churchgate railway station. The team comes under the West Zone designation. It was formerly known as the Bombay cricket team, but changed when the city was officially renamed from Bombay to Mumbai.

Mumbai is one of three teams located in the state of Maharashtra (the others being the Maharashtra cricket team and the Vidarbha cricket team), and has always competed as a separate team from the rest of the state. Despite this division , Mumbai has become India's most successful domestic team .It has played in 43 of the 66 Finals through 2010 and have won 39 Ranji Trophy championships,

Bombay won the first-ever Ranji Trophy competition in 1934–35 with Vijay Merchant starring in the final against Northern India. The title was retained the following season with a victory over Madras in the final. Bombay quickly showed themselves to be one of the strongest teams in the competition with 7 victories in the first 20 seasons of the Ranji Trophy.

The later half of the 1980s was Bombay's least successful period with no final appearances in 5 consecutive seasons. However, they were able to regain some of their former glory from the 1990s onwards winning an additional 6 Ranji Trophies from 1993–94 to 2003–04 under the new name of Mumbai.

In 2006–07, Mumbai won their 37th Ranji Trophy with victory over Bengal in the final at Wankhede Stadium. This win was particularly memorable as the team had recovered from the setbacks of losing their first three games, and being reduced to 0/5 in the semi-final against Baroda.

Mumbai's dominance of the Ranji Trophy has led to many consecutive appearances in the Irani Trophy with much success including 15 wins. However, they have failed to beat the Rest of India team since 1998. 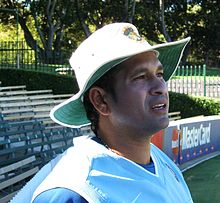 The team is known for its batting and spin bowling and has produced many of the Indian cricket team's top batsmen over the years. Players who have appeared in the national team include: 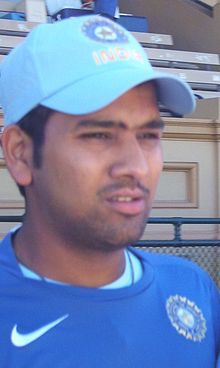