Rheintal ( for "Rhine Valley") is a "Wahlkreis" () of the , , formed under the new constitution of the canton on . It consists largely of the former districts of Oberrheintal and Unterrheintal. 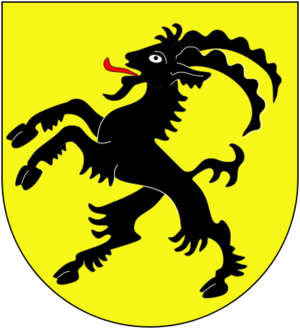 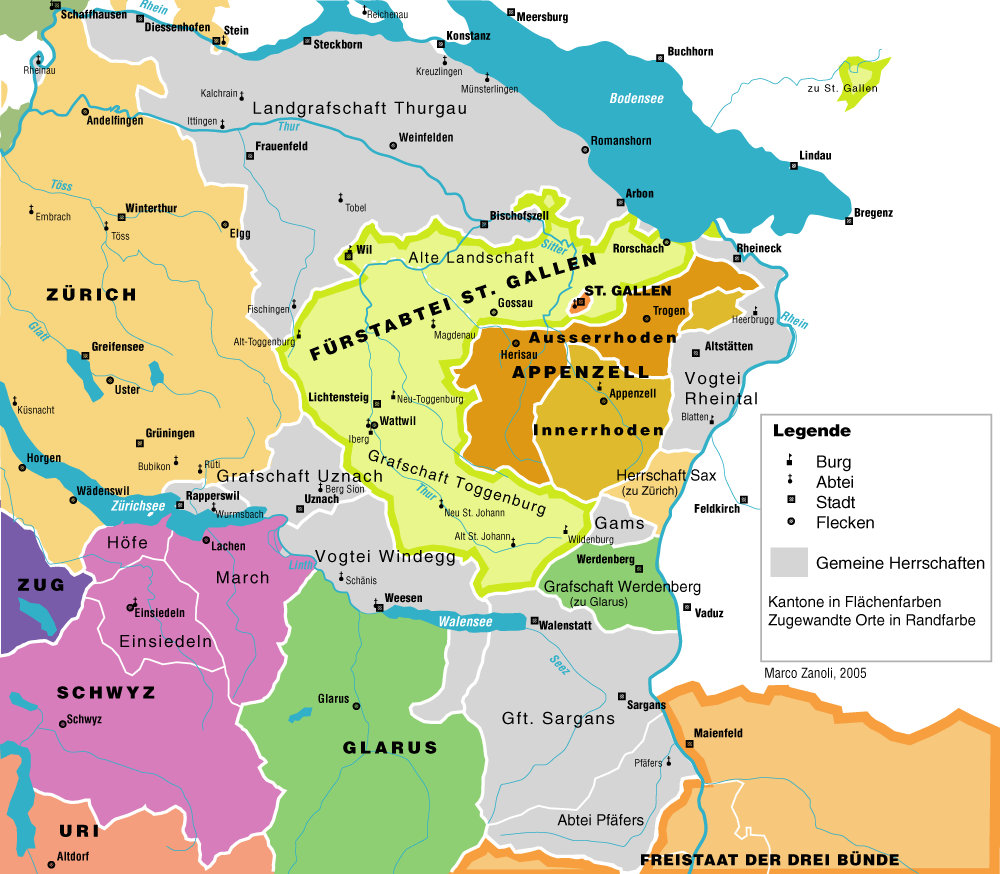 image_map_caption = Eastern Switzerland in , showing the Bailiwick of the Rhine Valley in grey to the right, south of and labelled "Vogtei Rheintal"|
capital = , |
footnotes =
The Alemannic people settled the lower Rhine Valley in the . Under the , the Rheintal between Montstein and Hirschensprung was given to the Rhinegraviate (the county of the ), and its first recorded mention is in ; the area between and Montstein was a part of the . Rule of the Rhine Valley was fragmented throughout the Middle Ages, with the , the Bishop of Constance, the Abbot of St Gall and the counts of Bregenz and Werdenberg all claiming various portions of the valley. It was not until that the Rheintal was united, under the .

From when the s acquired the in , they gradually began to gain control of the Rhine Valley, gaining the whole valley through a combination of conquest and purchase by . Defeat by in the Battle of , put an end to the Habsburg expansion (and won Appenzeller independence from the Imperial Abbey of St Gall). Marbach, and allied with Appenzell in the _de. Bund ob dem See, in the first union of the Rhine Valley from to . Appenzeller defeat in the Battle of three years later brought and end to this new-found liberty and restored the Habsburgs. By , however, the Rhine Valley was largely in the hands of the counts of Toggenburg. After their extinction, Appenzell reconquered the Rheintal with Rheineck in the in .

In , Appenzell protected the Rheintal fromthe territorial claims of the of St Gall, particularly in a series of battles at the time of the "er Klosterbruch", the " _la. " for the St Gallerkrieg between and the spring of . Nevertheless, Appenzell was forced to cede the governing protectorship of the Valley to the warring powers — the Abbey and the four cantons of Glarus, Lucerne, Schwyz and Zürich — bringing the bailiwick into the ambit of the as a "Gemeine Herrschaft" (condominium).

The following year, the " _de. vier Orte" were joined by Uri, and Zug in the government of the condominium. Appenzell regained its seat in the governing protectorship in and Berne. The prince-abbot also sat in the court, in Kriessern.

In , the was accepted in the Rheintal; whilst minorities remained, only , , Kriessern and had a Catholic majority. Through the defeat of the Catholic hegemony over Switzerland and the end of the lengthy religious disputes that had riven the Confederacy, the Peace of Aarau ( _de. Frieden von Aarau) established confessional parity, allowing both religions to coexist in legal equality — a concept relatively common to the since the in .

In , the Valley unilaterally declared its independence. In the aftermath of the collapse of the (resulting from it being completely overrun by the ), on , a "" in Altstätten promulgated a constitution and elected both a magistrate ( _de. Landammann) and a council ( _de. Landsrat). Within weeks, however, this nascent independence was quashed with the inclusion of the Rheintal into the Helvetic , with the exception of and , assigned to Linth.

With Napoleon's on , the Helvetic Republic and its cantonal boundaries were abolished, with the Rheintal reunited as a district of the , stretching from to Lienz and with its capital alternating monthly between Altstätten and Rheineck. The "Bezirk" was split in twain in , creating Oberrheintal, with its capital in Altstätten, and Unterrheintal, with its capital alternating between Rheineck and . This division persisted until , when a constitutional revision created the modern constituency ( _de. Wahlkreis), with the loss of Thal to the adjacent "Wahlkreis" of Rorschach.