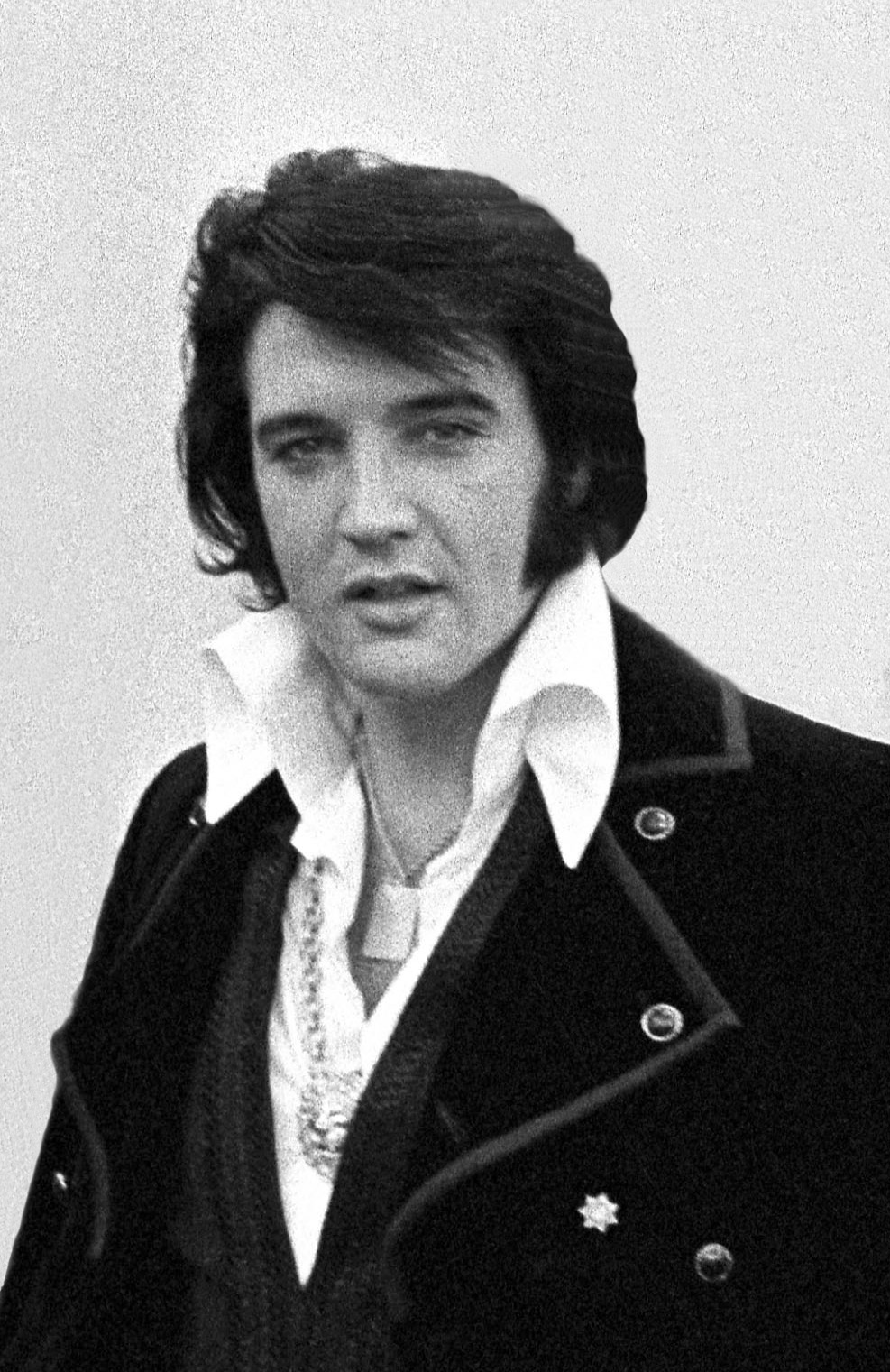 The official American discography of starts on July 19, 1954, with the release of his first commercial single, and ends in February of 1978, with the release of "" backed with "Softly As I Leave You," the final single attached to a project Presley himself knew about in the planning stages prior to his death in August 1977, the concert "". Without including album reissues, during this period American Presley releases consisted of 102 singles, 30 Extended Play singles, and 72 albums on ; four albums on the Pickwick budget label; and five singles on the label.

The album list categorizes releases into the following subsets: studio albums; soundtracks; live albums; compilations; and budget issues, mostly on the RCA subsidiary label, Camden. Standard compilations sold at regular retail prices, and were often collections of singles or, in the case of "", "", and "", were product assembled by RCA when Presley was either performing his military service, or concentrating on his film and soundtrack work. Budget issues sold at reduced retail prices, and were of shorter than standard running time. When RCA instituted its reissue program in the 1990s, it ignored the budget issues, and realized a different series of compilations. Not included in this discography are "RCA Special Product" releases made through , , or through album clubs.

The 1969 "" was reissued one year later, separated into the studio and the concert disks, and appears on the discography in its separated incarnation. The "" album, originally on the Colonel's personal imprint Boxcar Records, is a recording of just Presley's on-stage patter and contains no music at all. It was standard practice for soundtrack albums to be augmented by non-soundtrack studio recordings, if necessary, to bring the running time up to acceptable levels. Of the albums, only the seasonal album "" and the budget LPs "Elvis' Christmas Album" from 1970, "", and the issues did not make the Billboard Top Pop Albums chart, Presley the leader in most number of charting albums in history. He is second only to for most weeks at #1 on the LP chart.

One notable aspect of Presley's recording career is that, unlike most of his contemporaries such as , , and , Presley rarely recorded new versions of any of his songs in a studio setting. A few exceptions exist such as "" which he recorded in 1956 and again in 1960 for the soundtrack of "", and "Love Letters", a 1966 single Presley later re-recorded for a 1971 album. As such, unlike his contemporaries, Presley's discography lacks any "Greatest Hits" album consisting of re-recordings, although live performances of his hits were released during and after his lifetime.

A separate section catalogues posthumous releases, confined mostly to the era. The number of Presley reissues and repackages since his death are in the hundreds, new ones being configured by RCA as old ones go out of print, and are currently beyond the scope of this discography to tally beyond the historically significant and noteworthy.

The EP was introduced by in the early 1950s as part of its format war with , which had unveiled the in 1948. EPs typically played at 45 rpm on seven-inch (18cm) discs as did normal singles, generally with two but on occasion three songs per side, the extended playing time achieved at the loss of groove width and fidelity. The format was mostly discontinued by the mid-1960s, reappearing in the late-1970s as a ten-inch mini-LP at 33⅓ rpm.

In the beginning, extended play releases could be listed by "" on both its singles chart and on its album chart. From September 1957 through 1962 "Billboard" maintained a separate EP Chart during the commercial heyday of the format. After, EPs charted exclusively on the "Billboard" 200, where they are included to this day.

In the 1950s, singles were more important sales items in than albums, Presley being the sole rock and roll performer of that era who also sold albums in great quantity. This remained the case for most rock artists until 1968, when album sales exceeded singles sales in terms of total units for the first time since the introduction of the long-playing album in 1948. [MacDonald, Ian. "Revolution in the Head: The Beatles' Records and the Sixties." New York: Henry Holt and Co., 1994; ISBN 0-8050-2780-7, p. 296] Shortly after acquiring Presley's contract from at Sun Records, RCA reissued every one of the five Sun singles on its own label.

Of the singles, 82 appeared on the "Billboard" Pop Singles chart, with 71 of those making the , and with 14 topping the chart. In addition, until late 1968 when "Billboard" discontinued charting b-sides independently, 40 flipsides made the singles chart, with 24 of those reaching the Top 40, and one topping the charts, the b-side of "," "Hound Dog." From 1956 through early 1962, Presley also achieved the unique distinction that, with the exception of the seven records released simultaneously on one day in August of 1956, not only did every one of his first 24 major label singles reach the top five, but each of the b-sides except for three made the Top 40. This discography does not include the myriad singles released posthumously in various markets around the world, except for the two issued within a year after his death and generally considered part of his lifetime official discography by Presley biographers such as , the producer of his box sets.

The (RIAA) first began tracking sales of Elvis Presley in 1958, who didn't receive his first award until 1960. On March 27, 1992, the RIAA certified (or re-certified) 37 of Elvis Presley's albums, taking his American total to 57× platinum. On July 15, 1999, based on 79 certified recordings the figure stood at 92× platinum, with an estimated 35 million albums sold in the U.S alone during those seven years between the two certifications. The most recent album sales figures date to December 13, 2005, with an additional 33 million albums sold in six years, taking his total U.S tally to 125× platinum, based on 95 certified recordings.

The following are album titles, release dates, the highest chart ranking on the Billboard Top 200 and Country album charts, and RIAA certification (if applicable)

"Chart positions from Billboard Pop Singles Chart except as indicated; even numbered tracks are s of the previous single, which charted independently in until late 1968. Except for the ten tracks on , all catalogue numbers original issue. RCA re-released all five Sun Records singles in December, 1955, and the entirety of the Elvis Presley debut album in single form in August 1956."