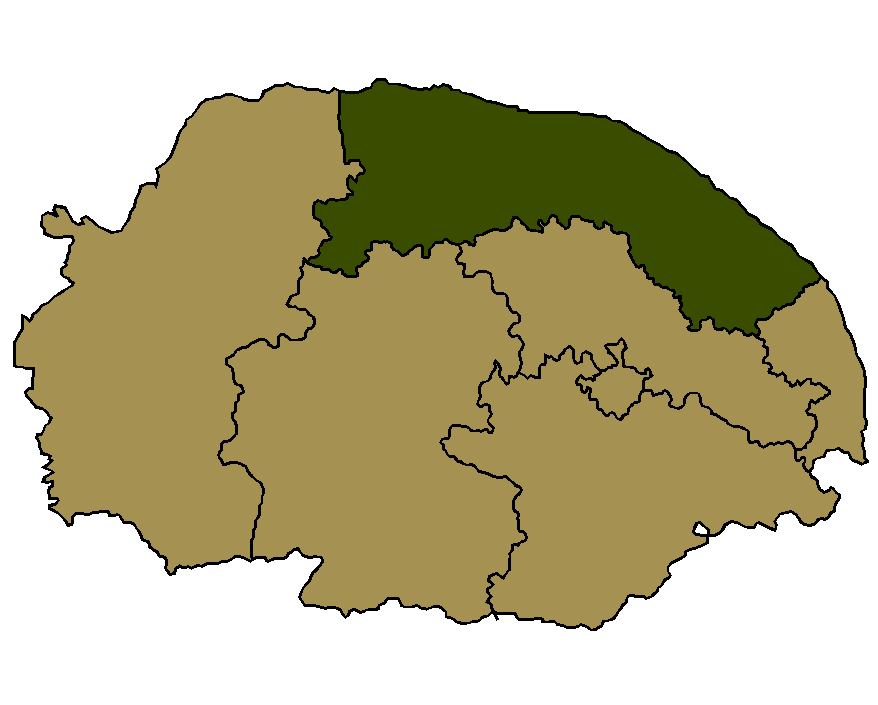 Scarrow Beck is a minor which rises in the north of the English county of . It is a of the . It's spring is in the village of west of the main street. It eventually merges, after 7.7 miles with the at just north of the estate. There are two on the beck, both of which are no longer in working order.

The spring of Scarrow Beck is in a small area of y ground in fields south of Aylmerton parish church close to Church Lane. The beck flows east, south, east through a man-made ditch across open fields towards the national trust estate of [ [http://www.nationaltrust.org.uk/main/w-vh/w-visits/w-findaplace/w-felbrigghallgardenandpark.htm] Felbrigg Hall] . At the Boundary of the estate it enters a under a lane and turns south, south, east. During the middle part of the 18th Century the beck was dammed to form Felbrigg pond which was part of the landscape plans of the Estate. It is reputed but not confirmed that the forming of the pond may have been the early work of , who, in 1778, lived close to the estate in Old Hall, . From the pond the beck flows on out of the estate and towards the village of passing along the northern boundary of the water works in the village. Here it turns to the south crossing under the lane on the western outskirts of the village. Once again the beck has been ditched by man and crosses arable farm land. It is here that a joins the beck from called . 200 meters from the merger the beck flows through Big Fen before reappearing on Common. The Beck now flows around the western edge of the Common and is greatly supplemented by several small es, s and areas of marshy springs. After passing under Ringsbank Lane the beck skirts some woodland before supplying several large shaped ponds in Thurgarton woods. The next village is and it is here, south of the village, that Scarrow Beck was the supply for the first of the two watermills on the beck.

There has been a l at Aldborough at the buildings present location since before the [ [http://www.norfolkmills.co.uk/Watermills/aldborough.html] Aldborough Watermill] although the present building, now a private dwelling, was built around 150 years ago. The was removed around and replaced with a diesel engine. In the that was fed by Scarrow Beck was bulldozed in and the beck was diverted away from the mill buildings. Today there is no trace of the millrace or the old of Scarrow beck.