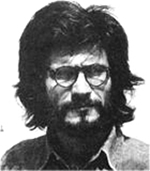 Víctor Erice Aras was born in in (). He studied law, political science, and economics at the University of Madrid also attended the in 1963 to study film direction. He wrote film criticism and reviews for the Spanish film journal , and made a series of short films before making his first film, "" (1973), a critical portrait of the rural Spain of the 40s.

Ten years later, Erice wrote and directed "The South" (1982), based on a story from , considered a masterpiece although the producer only allowed him to film the first two thirds of the story. His third movie, "The Quince Tree Sun" (1992) is a documentary about painter .

Geoff Andrew, in the "", praises Erice's contribution to " in their power to animate a scene of stillness, or freeze one of mad movement.' It is clear that Erice is an important master of the cinema, creating pure pieces founded on image and light, that interpret the artform not primarily as a vehicle for narrative (though this remains important), but as a means of showing interesting things in beautiful ways.