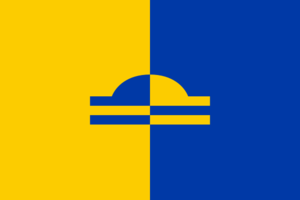 The town of Ede

The town itself is situated halfway between the larger cities of and Utrecht with direct rail and road connections to both these cities. There are no connections to any water nearby, however, there also is a direct road connection to the city of which hosts a small industrial port on the river and a direct road and rail connection to the city of Arnhem, which features larger port at a greater distance. The environment is clean and green due to the fact Ede is partly built in a forest and partly on the central Dutch plains in the national park called Nationaal Park "De Hoge Veluwe".

Economically, the town of Ede is doing fairly well thanks to the proximity of major highways and railways which offer fast connections to the port city of , the airport of and the in the country of . The main sources of employment used to be a factory belonging to the Dutch Enka company and the three military bases situated in the northeast of the town. The factory however, has been closed and the military bases are largely underused ever since the was abolished. The town's economy is lately becoming more focused on national tourism from the more densely populated western cities like and , on education such as local colleges and the large in the city of .

Socially, Ede is a common town like any other in the , with perhaps up to 40% people in the town. Each year, there is a municipality-wide celebration called ("Week of the heather") which lasts a week largely involves traditional Dutch festivities, along with local customs. During the week, a ("Queen of the heather") and a ("Princess of the heather") are elected from several candidates and will be the representative for the municipality of Ede on various other festivities, until next year when another and are elected.

People born in the town of Ede