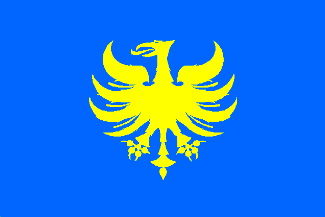 Heerlen (Pronunciation|135 Heerlen.ogg) is a and a in the southeastern The municipality is the second largest in the province of Limburg. Also she's part of , (formerly known as "Oostelijke Mijnstreek"), an agglomeration of about 220,000 inhabitants.

After its early Roman beginnings and a rather modest medieval period, Heerlen became a centre for the coal mining industry in the Netherlands in the late 19th century. In the 20th century, architect played a major role in shaping the city as we know it today. His most famous design, and a distinctive building in the city centre, is the so-called ("Glass Palace"), listed as one of the world's thousand in architectoral sence most important buildings of the 20th century.

In 1997, a habitation from the (4400 - 3500 BC) was excavated at the , near Heerlen. Archeological finds from this period are rather unique in The Netherlands. [ [http://www.vvvzuidlimburg.nl/uploads/i/plaatsen/pdf/57.pdf Heerlen ] ]

Even with these proofs of early habitation, the history of Heerlen proper starts with the arrival of the Romans. They founded a military settlement, named "Coriovallum" on the crossroad of two main roads: - and - - . In Heerlen and its surroundings a lot of evidence of Roman life has been excavated, especially Roman villas (country estates). The most notable archeological excavation from Roman times is the complex in the centre of Heerlen, a Roman bathhouse, discovered in 1940. In the Netherlands only a few of these have been found. It is a clear indication that Coriovallum/Heerlen was of some importance. A museum has been built over the Thermae and opened in 1977. The Thermenmuseum also houses other Roman finds from the area.

Like many other Roman settlements in the Netherlands, Coriovallum was probably abandoned after the 3rd/4th century Roman retreat. Very little is known about Heerlen's history until the 10th century, when agricultural development continues once again in these parts of Europe. Farmhouses and mills are built across the valleys of Caumerbeek, Schandelerbeek and Geleenbeek and medieval Heerlen slowly takes shape.

The oldest mention of Heerlen (as 'Herle') is in an official document dated 1065. , documents some gifts. One of them is the allodium Heerlen, in the bishopry of Liege. Another allodium consists of a few chapels, which belong to the mother church in Voerendaal, close to Heerlen. Shortly after this the allodium of Heerlen appears to be owned by the counts of Ahr-Hochstaden.

Theoderich van Are (Udo van Toul's cousin) separated Heerlen from and chose Saint Pancratius as the patron saint of the church. The counts of Are where probably responsible for the construction of the Schelmentoren and the St-Pancratius church and also may have ordered the construction of a moated castle. Through these fortifications Heerlen acquired some rights and freedoms, which gave it an elevated status over the surrounding countryside. Voerendaal, Hoensbroek, Schaesberg en Nieuwenhagen now fell under the legislation of the so-called "Land van Herle".

In 1244 Heerlen came under the authority of the dukes of Brabant, but in 1388, along with , it was given a separate status. During the (1568–1648), Heerlen was disputed by the kingdom of Spain and the Dutch Protestant rebels and swopped sides several times. At the 1661 Partage Treaty, Heerlen became part of "Staat-Limburg", ruled by the States-General of the newly-founded Dutch Republic. Being in the border region, close to the Spanish territories, it remained quite isolated until 1793, when the French conquered Heerlen. After the defeat of Napoleon in 1814 it became part of the Netherlands province of Limburg (present-day Dutch and Belgian Limburg). In 1830, like most of Limburg, Heerlen sided with in the . In 1839 however, as a result of an agreement between the main European powers (the London Conference), it became part of the Netherlands again.

In the 19th century, Heerlen, like most of Limburg municipalities (Maastricht was an exception), did not partake in the Industrial Revolution and it remained largely agrarian until coalmining began in the late 19th/early 20th century. In March 1874, had been found at the Valkenburgerweg. However, setting up a mine is a risky long-term investment and only very few private enterprises took up the challenge and bought a concession. In 1896 Heerlen got its first railway connection to allow the transportation of coal from these first coal mines. Development was still rather slow: In 1812 Heerlen had a population of 3497, in 1900 this was still only 6646. In 1901, the national government stepped in and bought all remaining unsold concessions and set up the State Mines. In a short period of time several large state-operated coalmines began production. The population rose sharply from 6646 in 1900 to 12,098 in 1910 to 32,263 in 1930 [ [http://www.heerlen.nl/smartsite.dws?id=3297 Groei van dorp naar stad ] ] . During these early expansion years many old buildings in the centre of Heerlen were demolished. The coalmines remained central to the development of Heerlen into a modern city until the early 1960s, the period during which mayor Van Grunsven was mayor of Heerlen. The golden years of coalmining ended in the late 1950s, after which production gradually diminished due to competition from cheaper Polish and American coal and the discovery of natural gas in the province of Groningen. In the period 1965–1975 the coalmines were closed altogether. In the area around Heerlen-Kerkrade-Brunssum and Sittard-Geleen 60,000 people lost their jobs. A difficult period of economic re-adjustment started. The Dutch government tried to ease the pain by moving several governmental offices (ABP, CBS) to Heerlen but even today the city has not fully recovered from the loss of tens of thousands of jobs.

In the cityshape of modern-day Heerlen very little reminds us of the once omni-present mining industry. Most of the typical mounts of mining debris that surrounded the coal mines, have been removed Or transformed in to lushes green hills during an operation called van zwart naar groen (Dutch for from black to green). Even the tallest mine chimney, 'Lange Jan' ('Long John'), once a major landmark, was demolished. On of the few remaining mining buildings (shaft 2 of the Oranje Nassau I) now houses the Dutch Mine Museum.

Heerlen is part of the , formerly known as .

Among the educational institutes in Heerlen is , which is a with branches in Heerlen, and . Also based in Heerlen is the administrative office of the ( or OU in Dutch), which is a university for with tens of thousands of students throughout the Netherlands. Heerlen was also the location of the now defunct ( or in Dutch), which had to close down due to lack of students. Jokingly it was said that Heerlen was the location of the biggest (OU) and the smallest (UTP) university of the Netherlands.

Health care in Heerlen (and the rest of the ) is provided by (G.O.Z.L.). Atrium Medisch Centrum Parkstad (Atrium Medical Center Parkstad), is the name of the different hospitals in the Parkstad, and is part of G.O.Z.L. Atrium Medisch Centrum Parkstad location Heerlen was previously known as de Wever ziekenhuis named after , who in 1904, together with mgr. , founded the first hospital in Heerlen.

The city's best known architect is without doubt . His legacy consist of at least 10 landmark buildings in Heerlen. In 1935 Heerlen's most famous landmark building, the , was built next to the medieval church in the centre of the then modest town. It was commissioned by the merchant Peter and it was quite an extraordinary step for this conservative businessman to ask the young Heerlen-based architect Peutz to design the new Schunck department store. It is one of the most outstanding examples of early in The Netherlands but it was only recognized as such at a fairly late stage (after it had been badly maimed). In the 1990s (only then!) it was added to a prestigious list of the world's 1000 most influentious modern buildings (only 13 buildings in the Netherlands are on that list). It encouraged the city administrators to buy the dilapidated building and make plans for its renovation. The renovation has now been completed and it now houses several of the city's cultural institutions, including a museum of modern art. The renovated Glaspaleis has become a symbol of the revived Heerlen after the closing of the coalmines.

Although many interesting buildings were demolished around 1900, some older buildings still exist in the centre of Heerlen, for instance a 12th century church (), and a former prison tower from around the same period ().

Other buildings worth mentioning are a Neoclassical chapel ( built in 1848, the only remaining Neoclassical building in Heerlen), and a former mansion annex pharmacy, left in almost the same state as after its 1801–1828 expansion ().

Here follows a list of architects who have built important landmarks in Heerlen, and those landmarks.

List of mines that where located in, what is now, Heerlen