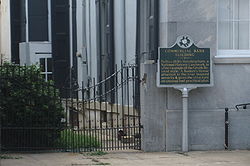 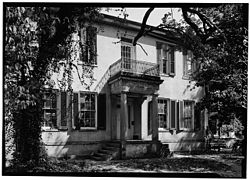 Commercial Bank and Banker's House, also known as First Church of Christ, Scientist, and Banker's House, built in 1833, is an historic Greek Revival style building located on a parcel lying between Main and Canal streets in Natchez, Mississippi. For security reasons, it was designed to contain both the bank and the banker's residence. Its Main Street facade is of marble while the other elevations are of stuccoed brick. On May 30, 1974 tt was added to the National Register of Historic Places and declared a National Historic Landmark in 1974.[2][3]