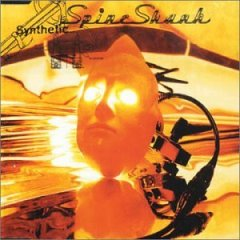 Synthetic was the debut single by the band . It was also made with a music video which shows the band performing in a room with bright lighting whilst a woman walks in and starts using a computer to create a synthesizing sequence whilst Jonny Santos is plugged into a computer. Then robots start to appear in the room. Jonny Santos shouts at the robots until the system overloads and the band start to escape.