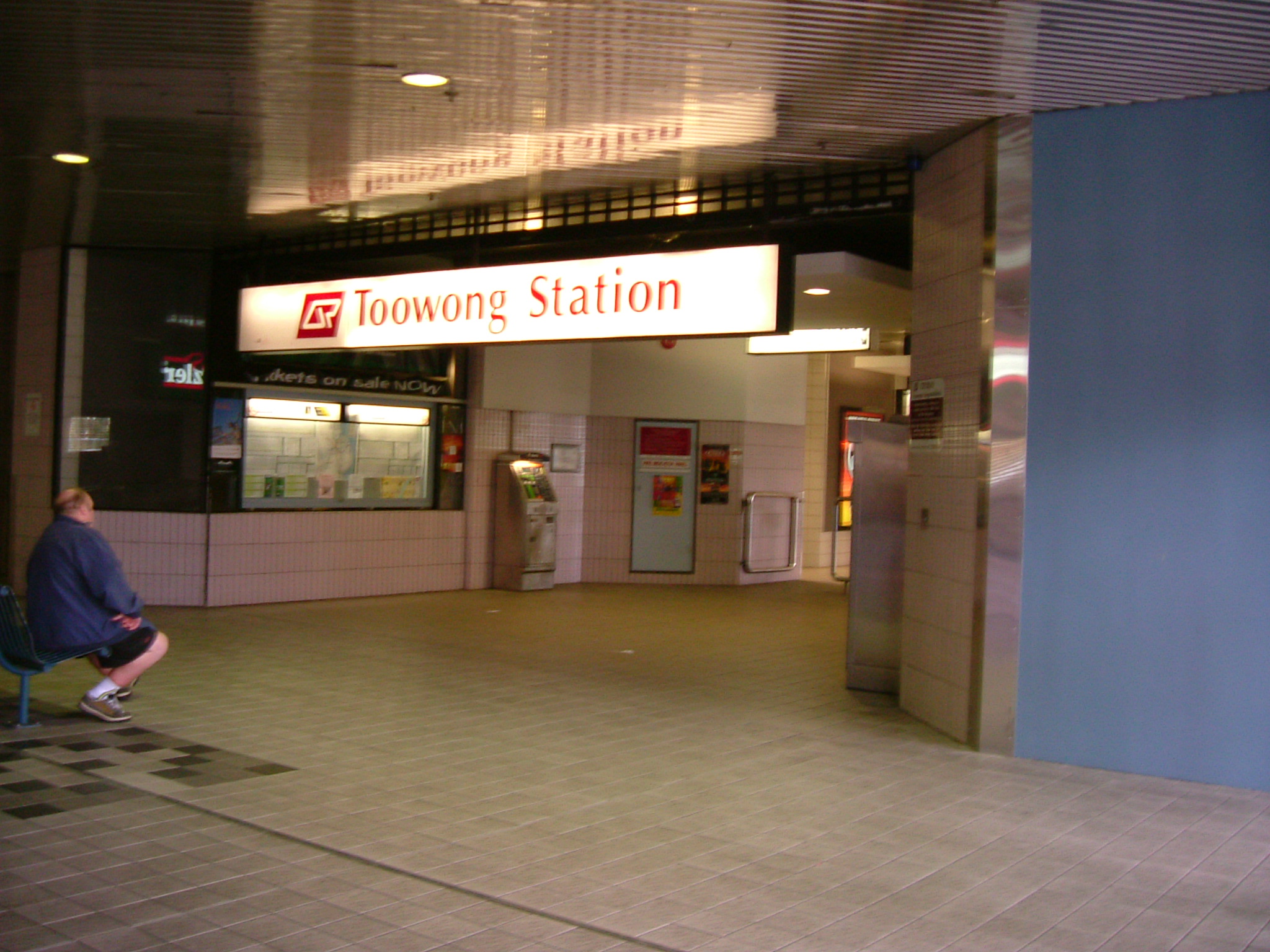 Toowong railway station is a in Toowong, a southwestern suburb of , the state capital of , . On the Ipswich railway line, it is in a transition precinct between Zone 1 and Zone 2 of the TransLink integrated system.

The station is under the Toowong Village shopping centre, as it was built-over in the 1980s to harness the airspace for commercial opportunity. The station provides access to the cafe and shopping precinct, as well as the Regatta and Royal Exchange hotels nearby. It is the closest station to the St Lucia campus of the .

The railway west of Brisbane, brought significant growth to suburbs close to the city such as Toowong. The station was first opened on the 14 June 1875, the same date the first Toowong Post Office building was opened. [cite book |title=Brisbane's Western Suburbs: our heriatge in focus |last=Meadows |first=Jane |authorlink= |coauthors= |year=1994 |publisher=State Library of Queensland Foundation |location= |isbn=0724260773 |pages=91 ] The station was submerged during the 1893 floods.

*+ Shorncliffe services to and from Corinda operate on weekdays only.
*^ Limited direct services to Rosewood, most services require a change of trains at Ipswich