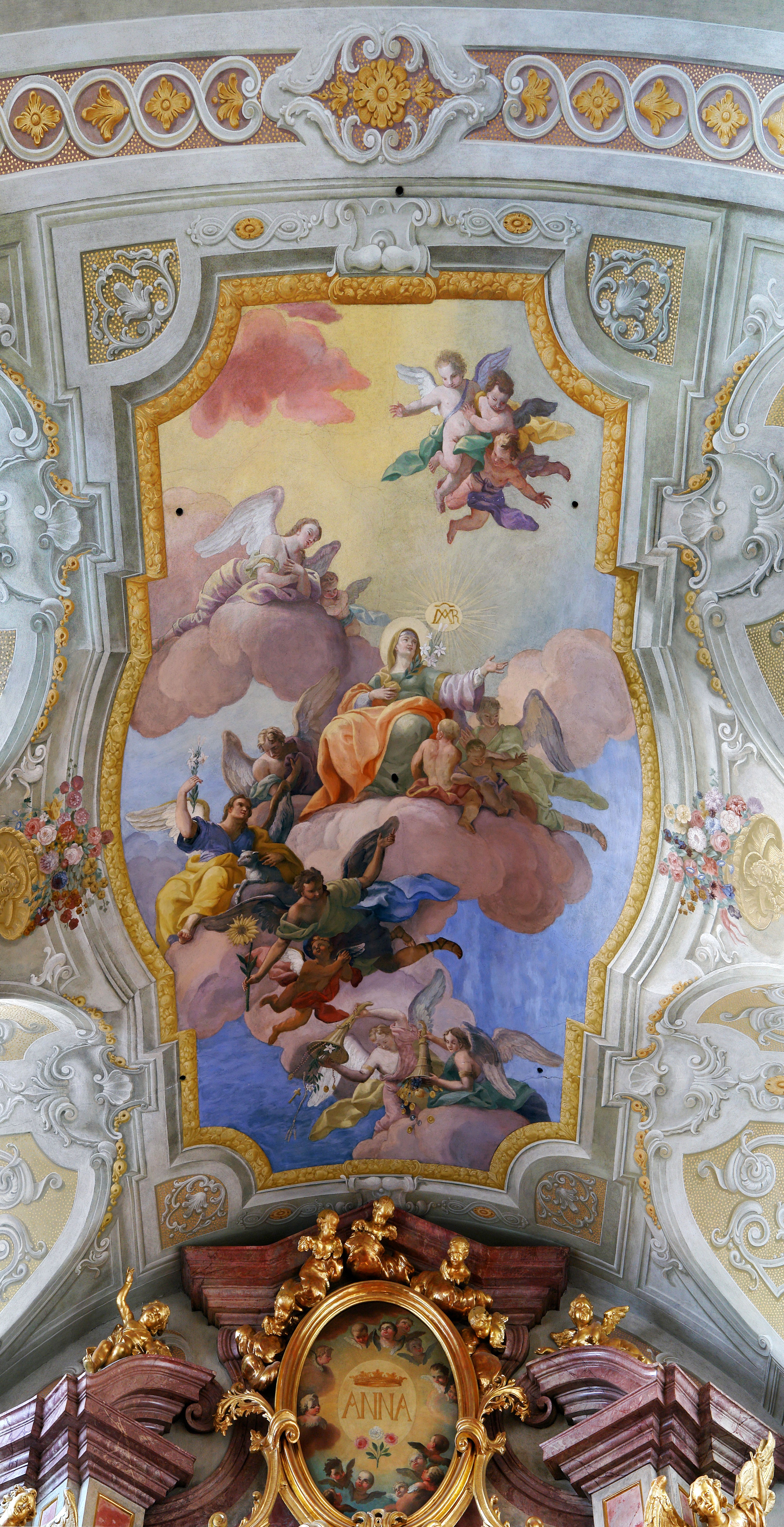 The Church of Saint Anne ("Annakirche" in German) is located in , , and administered by the since 1906. A relic of -- her right hand -- is kept in a rich setting and exhibited every year on July 26th.

The Anna chapel exists since 1320. In 1518, the Gothic church was consecrated at the occasion of the St Anna's day (26 July).It was administered first by the Poor Clare Sisters, then by the Jesuits. In 1629 - 1634, the Jesuits started the baroquisation of the Gothic church. After a fire in 1747, Pozzo's pupil transformed it into late baroque using trompe l'oeil techniques. On 25 June 1747 lightning struck the tower of the church , burning down the roof framing but leaving intact the frescos. In 1751 began the renovation of the interior, blackened by candle smoke.

Daniel Gran created the three ceiling frescos, the high altar painting and the frescos in the Franz Xaver chapel. The wood-carved statue representing St. Anna with Virgin Mary and the Christ Child dates back to 1510 and is attributed to . The side altarpieces were executed by . has responsibility for the spatial arrangement.