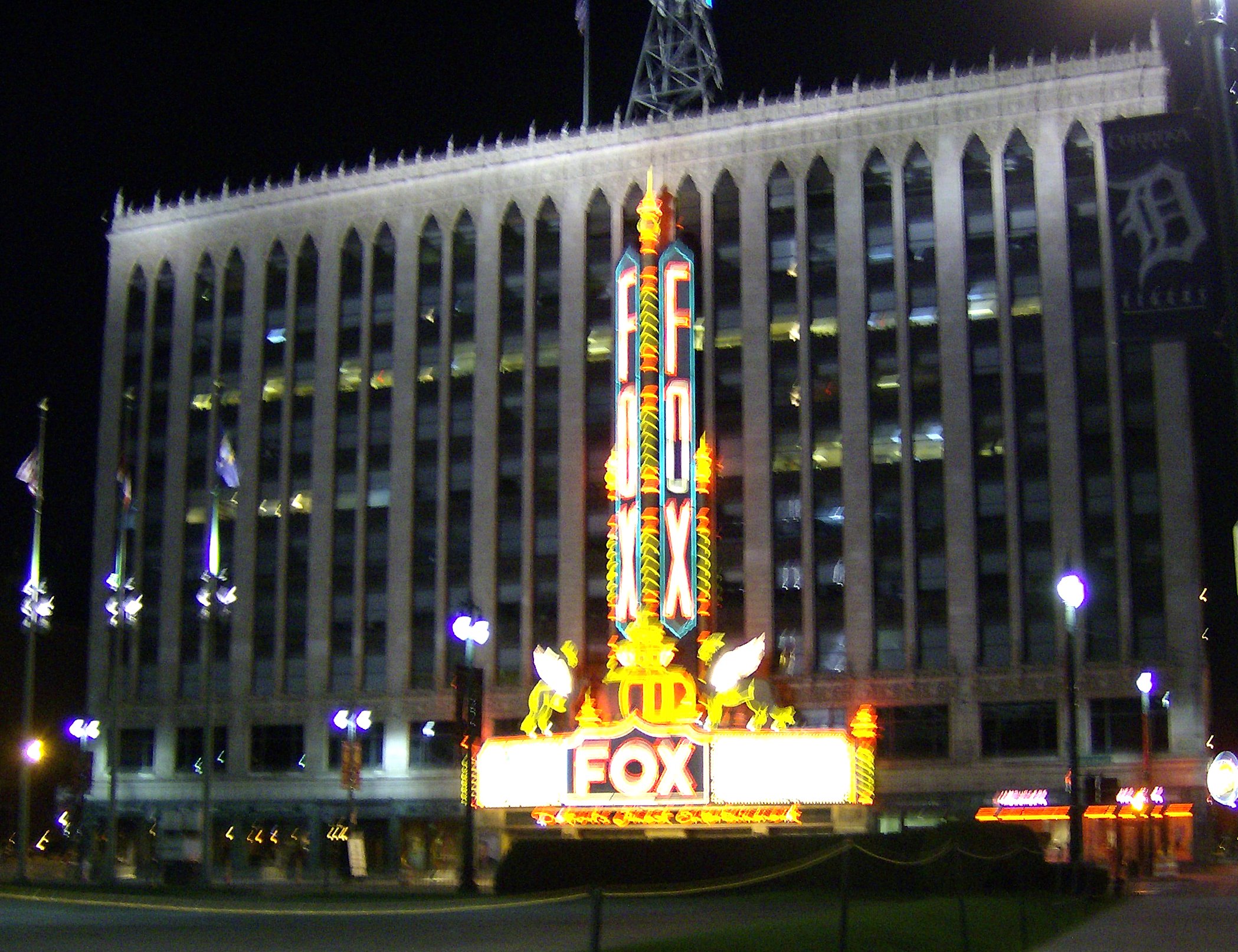 The Fox Theatre near in downtown was designated a National Historic Landmark on June 29, 1989. From the , it is one of the first s to feature live sound. Located within the , this ornate performance center has 5,048 seats, (5,174 seats if removable seats placed in the raised orchestra pit are included). It is the second largest theatre in the country after the in . The Fox was fully restored in 1988.

The Detroit Fox is the largest of the s. Built in 1928 for William Fox, founder of , it was the first to have live sound. The architect, , designed a lavish interior blend of Burmese, Chinese, n and Persian motifs. There are three levels of seating, the Main Floor above the orchestra pit, the Mezzanine, and the Gallery (balcony). The exterior of the attached 10-story building features an facade, which at night is illuminated and can be seen for several blocks. The Fabulous Fox Theatre in is its architectural twin with about 500 fewer seats.

The Fox remained Detroit's premier movie destination for decades. By the 1970s the theatre was a grimy venue reduced to showing horror and Kung fu movies. Unlike other downtown theatres in the 70s like the Michigan, United Artist and Capitol the Fox managed to remain open. The 1980s brought new hope for the Fox when in 1984 Chuck Forbes, owner of State and Gem theaters, brought the prospect for renovation; however, he didn't complete his plans.

In 1988, the theatre's new owners, Mike and Marian Ilitch, fully restored the Fox at a cost of $12 million.

The Christmas Spectacular was an annual favorite from 1997 through 2005. The theatre was host to the ceremony on , , the night before , being held at nearby . As well as World Premiere the night before on March 30, 2007. Other live productions have included , David Copperfield, as well as show tours, such as , , , and in April 2007, with Liz Coscia, after productions, in 1998-2008.