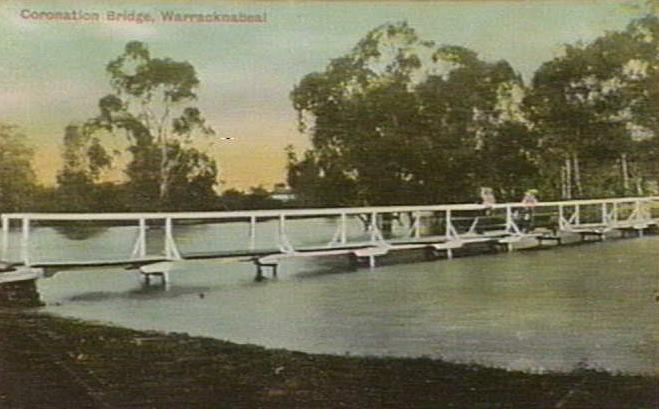 Warracknabeal is a town in the n state of Victoria. Situated on the banks of the , 330 km north-west of , it is the business and services centre of the northern and southern districts, and hosts local government offices of the . At the 2006 census Waracknabeal had a population of 2625.

The original inhabitants of the area around Warracknabeal were the tribe of aboriginal people. The town's name is believed to derive from an aboriginal expression meaning "place of big gums shading the water hole". The earliest settlers in the area included Andrew and Robert Scott, who established the first run of the name. ["Reader's Digest Illustrated Guide to Australian Places", 1993.]

The Post Office opened on 1 September 1861 and was known as Werracknebeal until 1885.

Amongst the historical buildings are an 1872 prison cell built from red and yellow gum, a Tudor-style post office, and a four storey water tower from 1886. There is also an agricultural machinery museum housing pieces from the history of farming in the Mallee and Wimmera districts.

The town has an football team (Warrack Eagles) competing in the .

The town is the birth place of the , the , the track and field athlete , and AFL footballer . It is also the hometown of AFL player , although he was born in Horsham.