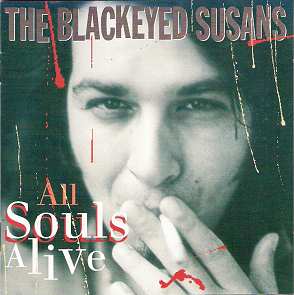 "All Souls Alive" was released in America on in April, 1994. [cite web |url=http://hem.passagen.se/honga/database/b/blackeyedsusans.html |title=Blackeyed Susans Discography |publisher=Australian Rock Database |accessdate=2008-05-01] The album was also released in the UK, Greece, Germany, Spain, Belgium, Holland, Italy and Sweden in July, 1994. The album got great reviews in the UK press and airplay on Radio One. [cite web |url=http://www.mushroommusic.com.au/songwriters/songwriter.asp?id=41 |title=Songwriters: Blackeyed Susans, The |publisher=Mushroom Music |accessdate=2008-05-01]

Two singles lifted off the album were released in Australia in July, 1994, being "Dirty Water" and "This One Eats Souls".

All written tracks by Phil Kakulas and unless otherwise indicated.