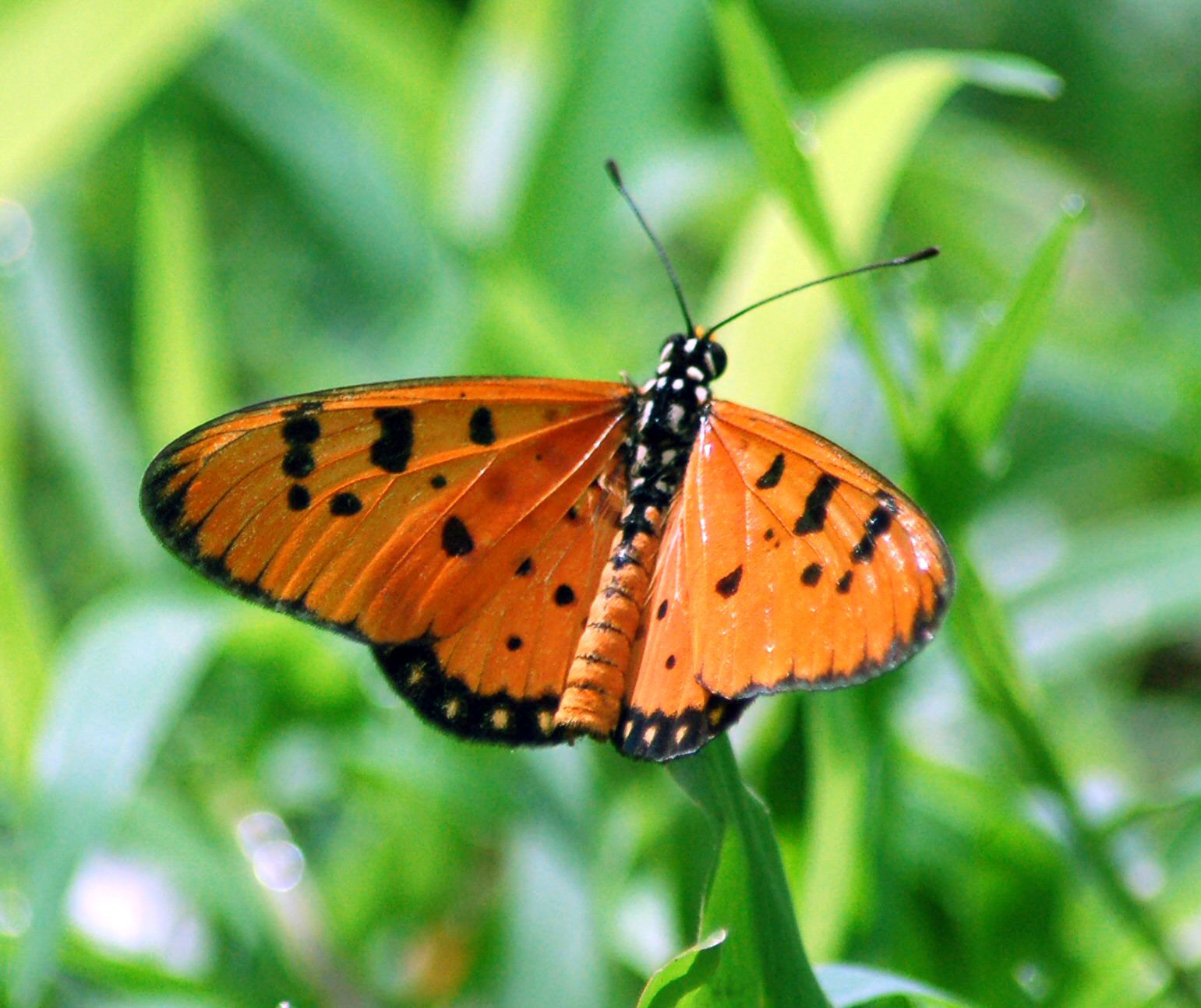 
"Acraea" is a of (family Nymphalidae) of the . It seems to be highly and has long been used as a "" to unite about 220 of anatomically conservative . Most assembled here are restricted to the n region, but some are found in , , and .

The foodplants of their s are usually or, like in most Heliconiinae, . Some feed on other plants, such as , "" or . Their preferred species contain s, which make the larvae and adults poisonous to s. The coloration of the adults announces this, and some species are mimicked by less noxious butterflies. At least some "Acraea" are able to produce the toxins themselves.

That all these were properly placed in "Acraea" has never been generally accepted. In 1807, established the genus for the , described as "Papilio horta" by in 1764, and its relatives. By and by, an increasing number of species were placed here. As early as 1848, and again in 1887 and the early 1990s, it was attempted to divide the genus into groups of closest relatives, as it was suspected that some "Acrena" might actually be closer to other genera in the tribe .

With increasing availability of data, it is confirmed that "Acraea" as loosely defined does not constitute a group. Even before the attepts to split up "Acraena" in earnest had begun, in 1819 suggested to separate species around "" as "Telchinia". This name has been applied to a generally n group whose members usually feed on , and they had already been noted to bear some uncanny resemblances to the American "" in details. Indeed, they seem to be closer relatives of these than of the other butterflies placed in "Acrena", which usually feed on and are at least in part quite close relatives of the African genus "". Those closest to that genus might warrant separation as "Rubraea" or "Stephenia".

But while several informal "species groups" have been established, it is not clear which of these are and how to split the apparently still genus further. The placement of the Garden Acraena &ndash; the &ndash;, and hence which of the any further subdivisions will get to bear the name "Acraena", remains unresolved. As it is traditionally included in the former "A. terpsicore" group (now "A. serena" group) and its caterpillars, while polyphagous, do not feed on Urticaceae, it may be that the separation of "Telchinia" is unwarranted and other proposed genera might be resurrected instead.

There was one major misidentification which still causes confusion today. "Acraea terpsicore", described as "Papilio terpsicore" by Linnaeus in 1758, was held to be the of "A. serena", described by Fabricius as "Papilio serena" in 1775. Hence, the former name was commonly used for that African species. But as it turned out, Linnaeus had actually described an n species &ndash; the well-known . Fabricius in 1793 believed it was new to science and described it again, as "Papilio violae". Consequently it had been long known as "A. violae". It was also recognized that Fabricius' little-studied "P. serena" was none other than the . For this, the name "A. eponina", from the "Papilio eponina" established in the 1780 issue of 's "De uitlandsche Kapellen", had been used all the time.

Since the proposed sequence of the "species groups" is almost certainly incorrect for a large part, the groups are simply listed alphabetically.