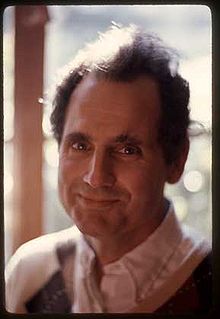 Ferster was born November 1, 1922 in Freehold, New Jersey, the second son of Julius B. and Molly Madwin Ferster.

He was married to Marilyn Ferster, with whom he had four children- Bill, Andrea, Sam and Warren. He later married Elyce Zenoff Ferster, a professor of law at George Washington University,

Journal of the Experimental Analysis of Behavior

The Skinner box is not a specific technique, but rather a method of research employing the free operant. The use of the free operant is a method of wide generality; it refers to any apparatus that generates a response which takes a short time to occur and leaves the animal in the same place ready to respond again. The free operant is used in experiments when the main dependent variable is the frequency of occurrence of behavior. Nearly all the problems of a science of behavior fit this paradigm when the questions are of the form: what is the likelihood of a piece of behavior occurring on this particular occasion; how strong is the tendency to behave on this occasion relative to another occasion? The free operant has advantages in this respect, because it removes restrictions on the frequency with which a response can occur and permits the observation of moment-to-moment changes in frequency C.B. Ferster, The use of the free operant in the analysis of behavior, 1953 Psychological Bulletin, 50, 263-274.

Meanwhile I had set up a pigeon laboratory in which Charles Ferster and I worked very happily together for more than 5 years. It was the high point in my research history. Scarcely a week went by without some exciting discovery. Perhaps the behavior we dealt with most effectively was our own. Near the end of our collaboration we found ourselves with a vast quantity of unanalyzed and unpublished data, and we proceeded to design an environment in which we could scarcely help writing a book. In it we both worked as we had never worked before. In one spring term and one long hot summer we wrote a text and a glossary and prepared over 1000 figures, more than 900 of which were published.

I don’t remember any experiment being called ‘‘great’’ or ‘‘bad’’ or anyone being given credit for doing something especially useful or valuable. Some experiments led to further planning, new apparatus, exciting conversations, new theoretical arrangements of data and procedures or a rush to tell everyone about them, while others enabled less behavior of this kind. I don’t know whether Skinner was conscious of the lack of personal praise in interpersonal relations in the laboratory. I certainly was not. My behavior was generated by the natural reinforcement of the laboratory activity. But some of the graduate students found the absence of personal support difficult. C.B. Ferster (1970). Schedules of reinforcement with Skinner. In P. B. Dews (Ed.), Festschrift for B. F. Skinner (pp. 37–46 at 43). New York: Irvington.

Application of the Theory

Following is a partial list of professional colleagues and friends of Charles Ferster; those interested in behaviorism, operant conditioning, and human behavior more generally may be interested in these people and their work: