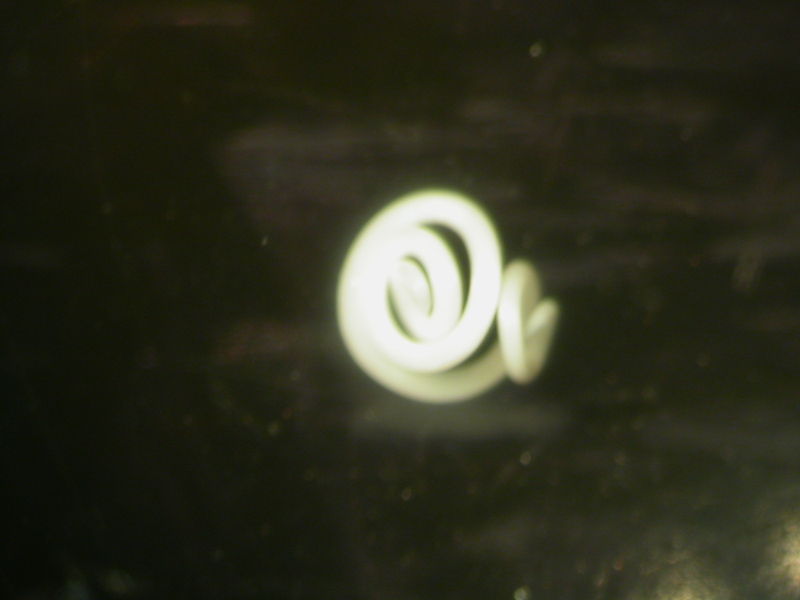 "Anisakis" is a of s, which have a life cycle involving and s. They are infective to humans and cause Anisakiasis, and fish which have been infected with "Anisakis" spp. can produce an reaction in people who have become sensitized to (IgE).

"Anisakis" spp. have a complex life cycle which passes through a number of hosts through the course of its life. Eggs hatch in sea water and are eaten by crustaceans, usually Euphausids. The infected crustacean is subsequently eaten by a fish or squid and the nematode burrows into the wall of the and encysts in a protective coat, usually on the outside of the l organs, but occasionally in the or beneath the . The life cycle is completed when an infected fish is eaten by a marine mammal, such as a ,, or . The nematode excysts in the intestine, feeds, grows, mates and releases eggs into the sea water in the host's . As the gut of a marine mammal is functionally very similar to that of a human, "Anisakis" spp. are able to infect humans who eat raw or undercooked fish.

The known diversity of the genus has increased greatly over the past 20 years, with the advent of modern tic techniques in species identification. It has been discovered that each final host species is home to its own biochemically and genetically identifiable "sibling species" of "Anisakis" spp., which is reproductively isolated. This finding has allowed the proportion of different sibling species in a fish to be used as an indicator of identity in fish stocks.

Anisakids share the common features of all nematodes; the body plan, round in cross section and a lack of segmentation. The body cavity is reduced to a narrow pseudocoel. The mouth located ly, and surrounded by projections used in feeding and sensation, with the slightly offset from the . The secretes a layered that protects the body from digestive juices.

As with all parasites with a complex life cycle involving a number of hosts, details of the morphology vary depending on the host and stage of life cycle which it is in. In the stage which infects fish, "Anisakis" are found in a distinctive "watch-spring coil" shape. They are roughly 2 cm long when uncoiled. When in the final host, Anisakids are longer, thicker and more sturdy, to deal with the hazardous environment of a mammalian gut.

Anisakids pose a risk to human health in two ways: through infection with worms from the eating of under-processed fish, and through allergic reactions to chemicals left by the worms in fish flesh.

Anisakiasis is the disease caused by infection with Anisakis worms. It is frequently reported in areas of the world where fish is consumed raw, lightly pickled or salted. The areas of highest prevalence are (from ), (after eating and ), the (by eating infected fermented herrings ("Maatjes")), and along the coast of (from eating ). Heating to 60 °C, or freezing to below −20 °C is an effective method of killing Anisakis.

Within hours after ingestion of infective larvae, violent abdominal pain, nausea, and vomiting may occur. Occasionally the larvae are coughed up. If the larvae pass into the bowel, a severe response may also occur 1 to 2 weeks following infection, causing symptoms mimicking .

Diagnosis can be made by gastroscopic examination during which the 2 cm larvae are visualized and removed, or by histopathologic examination of tissue removed at biopsy or during surgery.

Humans are thought to be more at risk of Anisakiasis from eating wild fish than farmed fish.

Many countries require all types of fish with potential risk intended for raw consumption to be previously frozen to kill parasites.

Even when thoroughly cooked, "Anisakis" pose a health risk to humans. Anisakids (and related species such as the sealworm, "Pseudoterranova" spp., and the codworm "Hysterothylacium aduncum") release a number of s into the surrounding tissues when they infect a fish. They are also often consumed whole, accidentally, inside a fillet of fish.

People who are sensitized to nematodes can have severe anaphylactic reactions after eating fish which have been infected with "Anisakis" spp. This is often confused with a fish or shellfish allergy, as the allergenic components of Anisakids are difficult to test for and often produce a reaction in tests for other allergens.

For the worm, humans are a dead-end host. "Anisakis" and "Pseudoterranova" larvae cannot survive in humans and eventually die. Treatment therefore in the vast majority of cases is symptomatic, with a heavy dose of re-assurance. The only indication for treatment is small bowel obstruction due to Anisakis larvae, which may require emergency surgery, although there are case reports of treatment with alone (avoiding surgery) being successful (Pacios "et al.", 2005).

Larval anisakis are common parasites of marine and anadromous fish, and can also be found in squid and cuttlefish. In contrast, they are absent from fish in waters of low salinity, due to the physiological requirements of Euphausids, which are needed to complete their life cycle.Anisakids are also uncommon in areas where cetaceans are rare, such as the southern (Grabda, 1976).