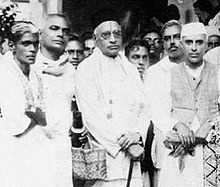 P.Rathinavelu Thevar was an Indian administrator, patron of arts and culture and promoter of sports and games. He rose to national prominence when, as Tiruchirapalli Municipal Chairman, invited Gandhi to lay the foundation for Tiruchi Fort Market expansion works in 1927 and renamed it Gandhi Market, defying the British regime.

He was the first to utilise the Municipal Council to echo its protest against the arrest of Gandhiji in 1930. He prescribed Subramaniya Bharati's patriotic songs as a subject at municipal schools. When Nehru visited Tiruchi in 1936, he stayed at Thevar's house.

Thevar participated in various agitations against the British, including the Quit India Movement. After Independence, Nehru is said to have offered the post of Ambassador to Uganda to Thevar. But he declined it due to ill health. Thevar served as Chairman of the Tiruchi Municipality for a record five terms from 1924–46 and a member of Legislative Council for many years. Incidentally, the Thevar Hall constructed during his tenure as the Municipal Chairman stands testimony to his affinity to arts and culture.

Realising that the town needed a public hall, the civic body, led by Thevar, constructed the mega hall in 1926 overcoming severe opposition from the local community and named it as Municipal Public Hall. It was a tin roofed structure, with balconies and could house 2,500 people. It was declared open by Raja of Panagal, the then Chief Minister of Government of Madras. It was later named after him.

For promoting tennis, Thevar founded the City Club in 1927. He formed Tiruchi United Cricket Club to protest against the policy of segregation practiced by the British. It was he who conceived the idea of City vs. districts cricket matches. With the passage of time, his name became synonymous with cricket.