The Palatinal Crypt (Hungarian: Nádori kripta; German: Palatinsgruft) in Buda Castle, Budapest is the burial place of the Hungarian branch of the Habsburg dynasty, founded by Archduke Joseph, Palatine of Hungary. It is the only interior part of Buda Castle which survived the destruction of World War II and was not demolished in the subsequent decades of rebuilding.

The Palatinal Crypt is located under the former Castle Church, built in 1768 (and finally destroyed in 1957), in the central wing of the palace. The underground crypt was first used as a burial place between 1770-77. Only ten people were buried here, including five infants, all of them commoners. Later their corpses were removed. On 23 August 1820 Elisabeth Karoline, the infant daughter of Palatine Joseph was buried in the crypt. Seventeen years later, the Palatine's 13-year-old son Alexander Leopold followed. This time Palatine Joseph decided to convert the crypt into a family mausoleum. He asked for permission from the Viennese court and commissioned architect Franz Hüppmann with the task. The work was finished in March 1838. The first and second wives of the Palatine, Alexandra Pavlovna of Russia and Princess Hermine of Anhalt-Bernburg-Schaumburg-Hoym, and his infant daughter, Paulina were reburied here. The next burial was another palatinal daughter, Archduchess Hermine Amalie in 1842. Palatine Joseph himself was interred on 13 January 1847.

Stone sarcophagi were erected by Palatine Stephen in 1847. The crypt was damaged during the siege of Buda by the Hungarian revolutionary armies in 1849. It was restored by Archduke Joseph Charles, the younger son of Palatine Joseph in 1852. The reconstruction was carried out according to the plans of Ágost Pollack. It was rebuilt again between 1897 and 1926 by Alajos Hauszmann according to wishes of Archduke Joseph Charles and later Archduchess Klotild, Joseph Charles' widow. After Hauszmann's death the work remained unfinished.

The crypt was continuously used by the Hungarian branch of the Habsburg family. It was enriched with new works of art, frescoes, statues and ornate stone sarcophagi, made by the best artists of the 19th century. A list of later burials:

The crypt survived World War II unscathed and was not destroyed during the post-war reconstruction, though it was closed to the public. The memory of Palatine Joseph was respected even by the postwar Communist government and his statue in Pest was spared. The crypt was robbed several times during the reconstruction works, first in 1966. The most serious incident happened in 1973 when even the corpses were thrown out of their sarcophagi by the robbers. Later the human remains were identified and reburied. The crypt was restored in 1985-1987. The official opening ceremony on 3 October 1987 was attended by eleven descendants of Palatine Joseph. Since then the Palatinal Crypt is part of the exhibition of the Hungarian National Gallery. 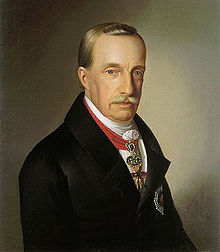 Palatine Joseph, founder of the crypt, painted by Miklós Barabás

The Palatinal Crypt consists of three interconnected vaults. The crypt itself is identical with the innermost vault (Room C). In Room B and C the side walls are clad with false marble revetment while the vaulted ceiling is decorated with frescoes depicting the starry sky and angels in the corners. There is a terrazzo floor in grey and claret hues. 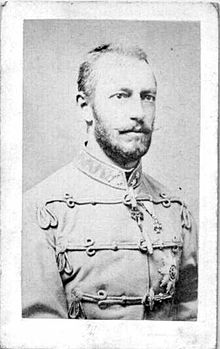 The tomb of Ladislaus Philip (1875-1895) is decorated with a white marble statue of the young archduke who died in a tragic hunting accident. The statue was made by Alajos Stróbl and it was modelled after his death mask. Two tombs near the entrance contain the remains of Archduchess Elizabeth Carolina (1820) and Paulina (1801). The obelisks are decorated with flying bronze angels and crowned with archducal crowns.