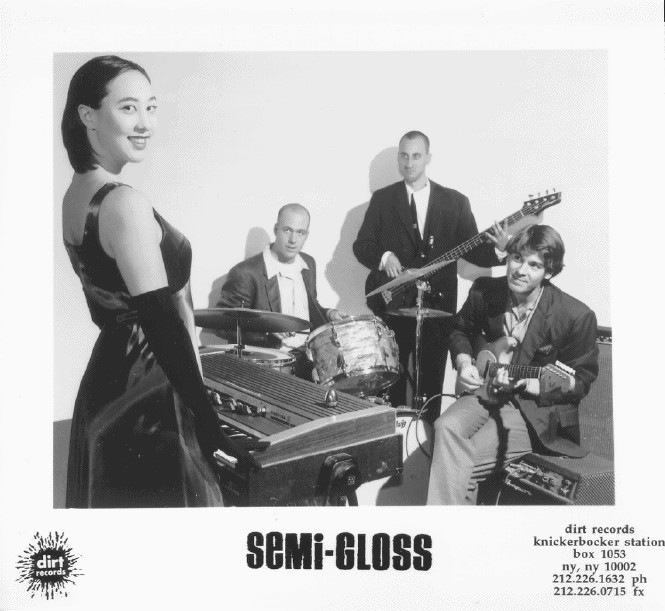 Semi-Gloss is a now-defunct alternative pop/rock band from the in .

The band formed in the early 1990s between Jordy Mokriski and Verena Wiesendanger after Mokriski spent a year in writing songs. When he returned to New York City, he and Wiesendanger recorded a four-track demo. The band gained a small following and began opening for artists such as and . They appeared on 's in 1999. They contributed their single "The Sunburn Song" to the Nickelodeon television series "".

Though "The Falling Kind" was eventually released on Dirt Records, the label has since shut down. Copies of albums by the band have since become difficult to find.