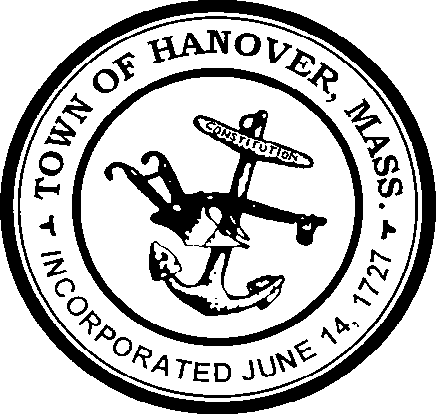 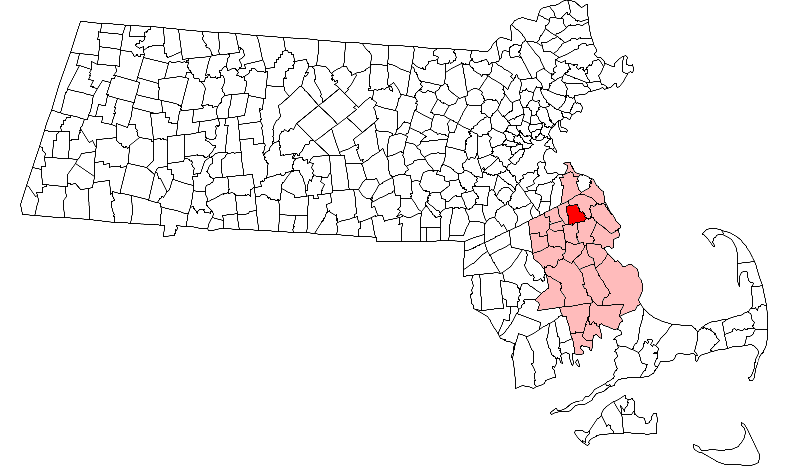 The area of Hanover was first settled by English settlers in when William Barstow, a farmer, built a bridge along the North River at what is now Washington Street. The land was the westernmost portion of the town of Scituate, and it would officially separate and be incorporated as a town , . The name "Hanover" is probably a tribute to King George I, the first Hanoverian .Fact|date=March 2007 (While George I died on June 11, 1727, the reports would not have reached the colonies until after the town's incorporation.) Hanover's early industry revolved around farming, small mills and a shipbuilding area along the North River. Later industries would include tack factories and shoe factories along the smaller waterways in the town. Today, Hanover is mostly residential. The and other shops are located near the intersection of Routes 3 and 53. [ [http://www.hanover-ma.gov/history.shtml "Town of Hanover - Highlights of Early Hanover"] ]

According to the , the town has a total area of 15.7 s (40.7 ), of which, 15.6 square miles (40.4 km²) of it is land and 0.1 square miles (0.3 km²) of it (0.70%) is water. Hanover is the 240th town in terms of size in Massachusetts. Hanover is considered to be a part of the South Shore of Massachusetts. It is bordered by Norwell to the north and east, Pembroke and Hanson to the south, and Rockland to the west and northwest. Hanover is approximately ten miles east of Brockton and twenty-five miles southeast of Boston.

Much of Hanover's eastern and southern borders consist of three waterways, the North and Indian Head Rivers along the south and southeast, and the Third Herring Brook along the east. (The latter two are both tributaries, and the town border is marked by their confluences.) There are also several small ponds and brooks throughout the town, the largest pond being Factory Pond, a tributary of the Indian Head River in the south of town. The town has several small parks, sanctuaries and conservation areas spread throughout the town. Hanover has several horseback riding stables and riding trails.

There were 4,350 households out of which 43.8% had children under the age of 18 living with them, 70.8% were married couples living together, 8.0% had a female householder with no husband present, and 18.0% were non-families. 15.2% of all households were made up of individuals and 8.8% have someone living alone who is 65 years of age or older. The average household size was 3.02 and the average family size was 3.39.

Hanover is governed by the form of government, and is led a . The town has its own police and fire departments, with five firehouses in Hanover Center, North Hanover, West Hanover, Hanover Four Corners and the Fireworks neighborhood. The town has its own ambulance service, with the nearest hospital being Brockton Hospital. There are two post offices located in town, near Hanover Four Corners and West Hanover, both along Route 139. The town is home to the John Curtis Free Library, which was founded with the help of its namesake in the 1800s. The library is a part of the Old Colony Library Network. Hanover is also the site of a , near the mall.

Hanover operates its own school system for the town's approximately 2,800 students. There are three elementary schools, the Cedar, Center and Sylvester Elementary Schools. The Center School serves students from pre-kindergarten through second grade, the Sylvester School (located around the corner from the Center School, both at Hanover Center) serves third and fourth grade students, and the Cedar Elementary School (located next to the high school) serves from pre-kindergarten through fourth grade. The Hanover Middle School serves students from fifth through eighth grade, and Hanover High School serves students from ninth through twelfth grade. Hanover High's teams are nicknamed the Indians, and their colors are blue and gold. Hanover competes in the Patriot League, and their chief rival is Norwell. It is reported that Hanover will be changing its mascot to be more politically correct. Hanover is also building a new high school cerca 2011.

A short, 1-1/4 mile portion of , a four-lane freeway, passes through the town, providing access via an exit at Route 53 in the northeast corner of town. The town's other major routes include Route 123 and Route 139, the latter passing through the town center. Routes 139 and 53 are coextensive for a stretch of one mile in the southeast corner of town.

The town has no rail or air service. The nearest rail service is the Kingston-Route 3 line of the MBTA's commuter rail service, which passes west of town, the closest stations being in Abington and Hanson. The nearest regional airport is Marshfield Municipal Airport, and the nearest national and international service can be reached at in Boston. s also occasionally land in neighboring Hanson, on Lake Monponsett.