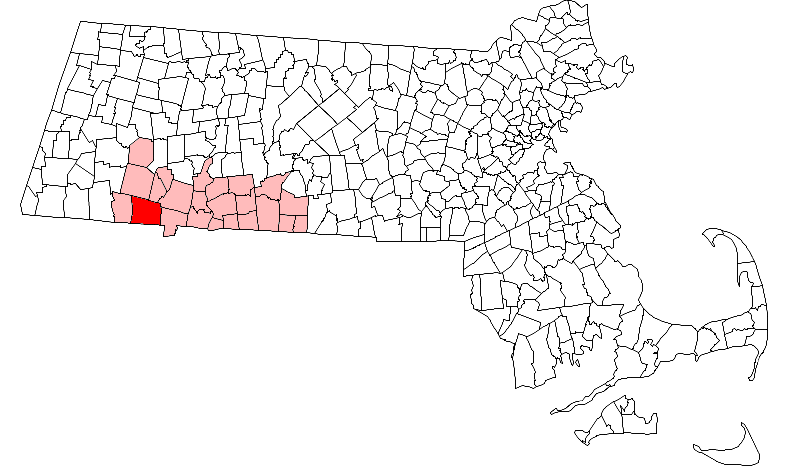 Granville is a town in Hampden County, , . The population was 1,521 at the 2000 census. It is part of the Metropolitan Statistical Area.

Granville was first settled in 1736 and was officially incorporated in 1754. Soon after its incorporaton, Granville's population expanded substantially. With its proximity to area rivers and streams, Granville became the premier location for various trades. However, after growing tired of New England's harsh winters and rocky soil, the settlers eventually migrated west, establishing the town of Granville, Ohio.

In addition to period architecture, Granville boasts some of the most productive apple orchards in western Massachusetts.

Granville is bordered on the north by Blandford and Russell, on the northeast by Westfield, on the east by Southwick, on the south by Granby, CT and Hartland, CT, and on the west by Tolland.

There were 556 households out of which 36.9% had children under the age of 18 living with them, 63.7% were married couples living together, 6.8% had a female householder with no husband present, and 26.3% were non-families. 20.9% of all households were made up of individuals and 8.8% had someone living alone who was 65 years of age or older. The average household size was 2.73 and the average family size was 3.19.

Running through Columbus Day weekend in October, Granville's Harvest Fair is an artisan’s delight. Stretching from the village school to the town hall, the fair features local crafts from artists near and far, while the town green boasts a plethora of food from area chefs. Visitors can easily walk the entire route or choose to ride the bus that pauses at various designated stops, including the Gran-Val Scoop. Most of the parking (Donations Only) is done by the Boy-Scouts ajacendt to the Granville Village School.