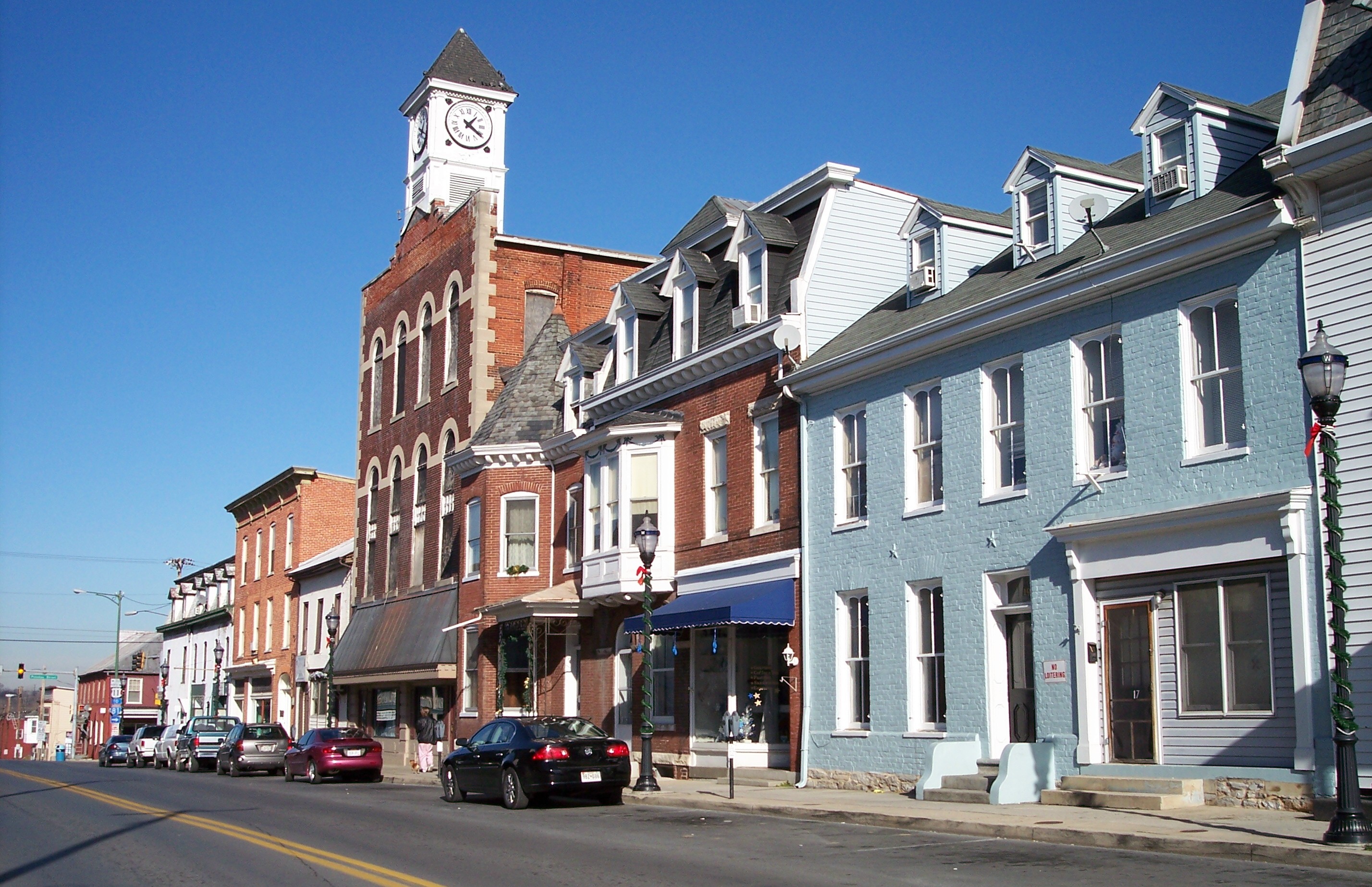 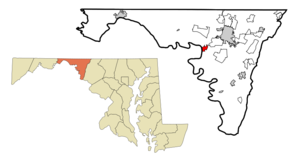 There were 785 households out of which 27.0% had children under the age of 18 living with them, 43.7% were married couples living together, 12.0% had a female householder with no husband present, and 40.0% were non-families. 35.7% of all households were made up of individuals and 17.6% had someone living alone who was 65 years of age or older. The average household size was 2.21 and the average family size was 2.84.

History is ingrained in the culture of Williamsport. The town lies on one of the early Native American trails between and the Carolinas. In the mid-1700s, tens of thousands of European settlers and pioneer families with their wagons followed the same route on the from to and points south and west. In 1744, a ferry was established at the present site of Williamsport to carry the traffic across the . Today’s travelers make the crossing on a mile downriver from the town.

Williamsport has been a careful steward of its historical heritage, and the contributes with maintenance of the local section of the C&O Canal National Park. Preservation and restoration projects are always in evidence. The manufacture of handmade and "antique" bricks under the 120-year-old Cushwa name is an integral part of Williamsport’s economy.

With the opening of the Chesapeake and Ohio Canal in the area of 1834, Williamsport became a very popular waterfront town which benefited the economy. But then after a large flood the canals were shut down for good in 1924. The overflowing flooding waters of the River prevented General 's army, on its retreat from Gettysburg, from crossing and making it safely into Virginia for several days.

There are many other attractions in the town of Williamsport. The Spring House on the historic Springfield farm, is located at the Northern end town. It was built by Col. in the late 1600's. It is thought and said to be the first and oldest permanent building in Washington County. Springfield Farm features many other historic structures, such as the Springfield Farm Barn, which is the second oldest barn in the state, The Springfield Farm House(Formally known as The Tenant House), which was built in the 1750's and is thought to be the early residence of town founder Otho Holland Williams, and the Still House, which was used to convert local grain into rye whiskey. stayed at the Spring House and dined at Springfield Farm when he visited the town on October 14, 1791, while he considered Williamsport as a potential site for the United States capital. Washington was drawn to Williamsport by its wide streets and proximity to the Potomac River. Williamsport was not selected, however, because the Potomac River was not deep enough to handle river traffic, and was instead established in a new federal district, Washington, D.C. Along with Washington another famous person stayed in Williamsport. His name is and he is often credited as the inventor of , and he was in the area while a captain in the during the Civil War. He crossed the Potomac at Williamsport and in 1861 built a breastwork now known as Doubleday Hill at the western end of the Riverview Cemetery. Washington County's first permanent resident, Charles Friend settled with his family at the mouth of the Conococheague Creek in 1732.

Along with the many attractions of Williamsport just like any other town it carries legends and stories with it. Stories and legends that have been passed down from generation to generation. One of the most famous is the one told of the "Veiled Lady" who was once said to dress all in black, roam the town at night and chase children off the streets. The "lady" has been part of the town lore for more than 100 years. The story goes back to the original lady who supposedly was a local woman trying to catch her husband in a love affair. She dressed in black and in a veiled hat as a disguise to spy on her straying mate. The lady has been "reincarnated" from time to time and it remains to go on.

The community was named after Revolutionary War Gen. .

The Williamsport Pool is one of the most popular recreational spots in the town. Equipped with one diving board and small wading pool, with a waterfall for children. The pool opens annually on the Memorial Day weekend every year and generally closes towards the of August. The pool is expertly staffed by Williamsport Alum, Scott E. Bailey and Smithsburg High alum, Brett A. Nieves.