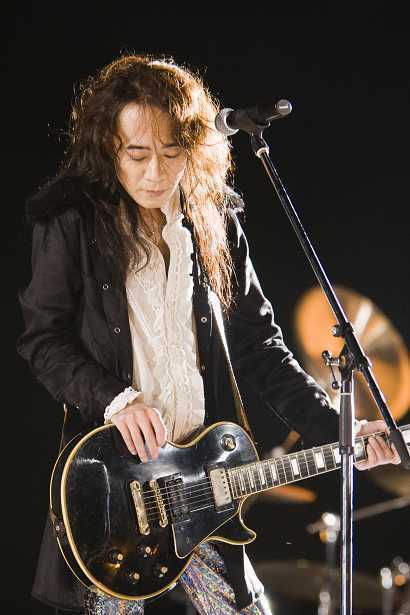 nihongo|Tomoaki Ishizuka|石塚 智昭|Ishizuka Tomoaki| born , in Chiba, , better known under his "Pata", is a musician and and was formerly featured on and in the popular ese band . Pata has taken his nickname from the name of Japanese manga . The reason he took the name is because he was said to resemble one of the characters. He is one of the very quiet ones in the band and usually doesn't show emotion even if he's interested in something. [cite web
url=http://www.jrockrevolution.com/index.php/webzine/article/interview_pata_of_x_japan/interviews
title=Jrock Revolution
publisher=www.jrockrevolution.com
accessdate=2008-03-29] He joined the group in the late 1980s and stayed with it until its dissolution in 1997.

After the breakup he released two s ("Pata's 1st Solo Album" and "Raised on Rock") and founded with fellow X Japan bassist Heath and Spread Beaver percussionist/programmer I.N.A. in 2001. The Group ceased activity after two albums. Since then, Pata has joined (Rock and Inspiration, pronounced /ˈɹɑ ɪn/ ) and is currently participating in the X Japan reunion.

He's also one of the sweetest and sexiest men alive &hearts;