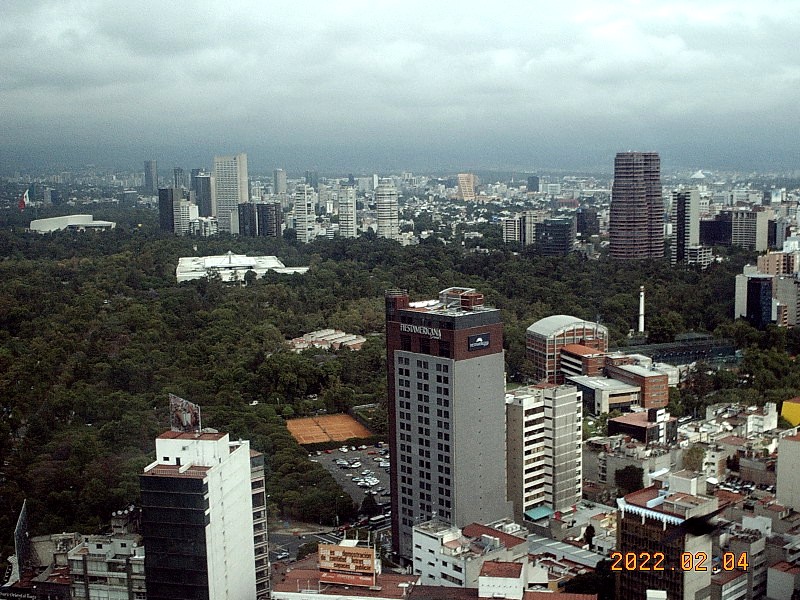 imagesize = 200px
image_caption = View of Polanco neighborhood with part of Chapultepec Park in the forefront. 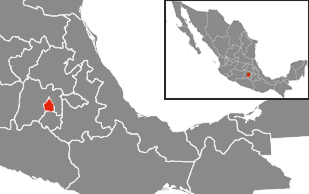 Most of Its streets are named after an eclectic mix of universal philosophers, writers, scientists and even a Czech president.

Polanco was developed in 1937 by the Aleman family, the same developers of Ciudad Satélite and San José Insurgentes districts, in the land that was originally the Hacieda de los Morales, just north of Molino del Rey town and Bosque de Chapultepec. The first area to be built was the one that is now called Polanco Reforma and lies just north of Paseo de la Reforma, the entrance to the new neighborhood was signed by a tile facing Reforma. In those days, there were only mansions surrounded by gardens and tree lined streets. By the 60's the first department store arrived to the neighborhood, transforming forever the face of Polanco. In the 70's was sold the last piece of land to be developed, the triangle of Ejército Nacional, Ferrocarril de Cuernavaca and Periférico, over there were no houses done, only apartment buildings.The 1985 earthquake changed forever the city layout, and Polanco was no exception; the restaurants, embassies, boutiques and corporate business slowly moved from and found in Polanco a great home. Suddenly the big houses were torn down and new buildings were built instead of them and inhabitants decided to move too, some of them to newest Bosques de las Lomas others to Tecamachalco. Today Polanco is facing a challenge, land price is one of the most expensive in the city, city rules forbid skyscrapers in the area, there are few big mansions remaining and are protected by , so there can not be done big buildings like the ones in or Santa Fe is taking advantage in the race in attracting new inhabitants.

Polanco enjoyed a construction boom in the 1950s when mansions and luxury apartment complexes were built. The style of construction of most mansions of this date is "Colonial Californiano", inspired by the Mission Revival Style in the , with pseudo- windows, front-side gardens and inside halls. Some of these mansions have been renovated and converted into businesses and restaurants, many others have simply been torn down and its place has been taken by newer buildings.

Polanco is notable because of its cultural diversity. This neighborhood has historically been preferred by the descendants of , Lebanese, Germans and Spanish immigrants. It is also notable because it is an expensive neighborhood that makes it affordable almost only for the wealthier inhabitants with some exceptions, which is the reason why the neighborhood is full of expensive offices, restaurants and shops.

Polanco is nowadays to the city what Zona Rosa was in the 1960s. It is one of the most active areas with upscale hotels, restaurants and shopping malls as well as embassies, art galleries and government offices. It is home of and chapter Mexico. There are several residential developments currently underway in the area, in hopes that this will encourage an influx of new inhabitants.

The most-valued street in . It is the street with most boutiques in Mexico City. It is compared by some to LA's or 's 5th Avenue. The Avenue is called after the first President of .