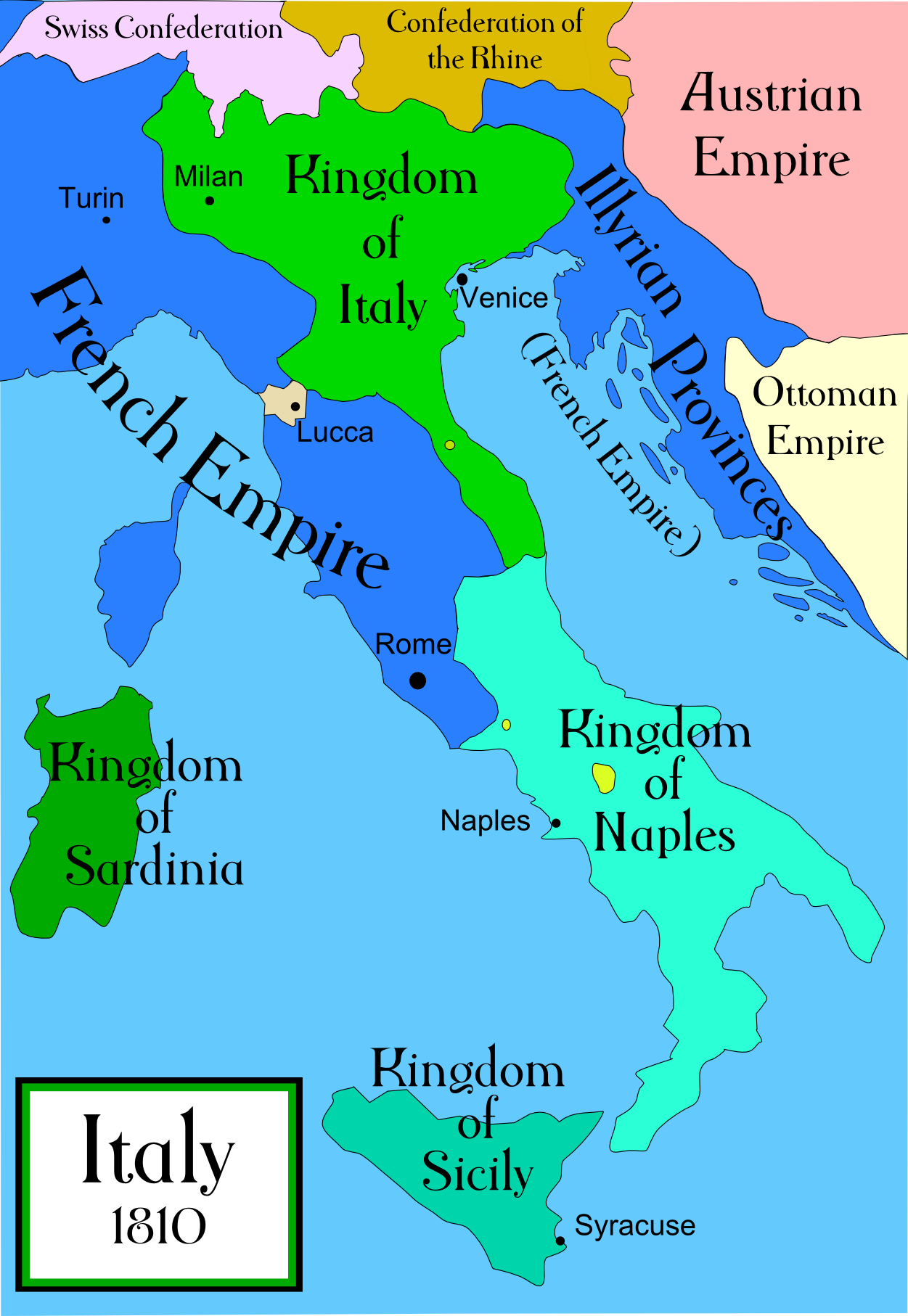 The Italian Republic was the successor of the , which changed in its constitution to allow the French Napoleon to become its president. The new constitution changed the name to the republic, which therefore consisted of the same areas that had comprised the Cisalpine Republic, primarily and .

In , following Bonaparte's assumption of the title of Emperor of the French, the Italian Republic was transformed into the Kingdom of Italy ("Regno d'Italia"), with Napoleon as king and his stepson as .