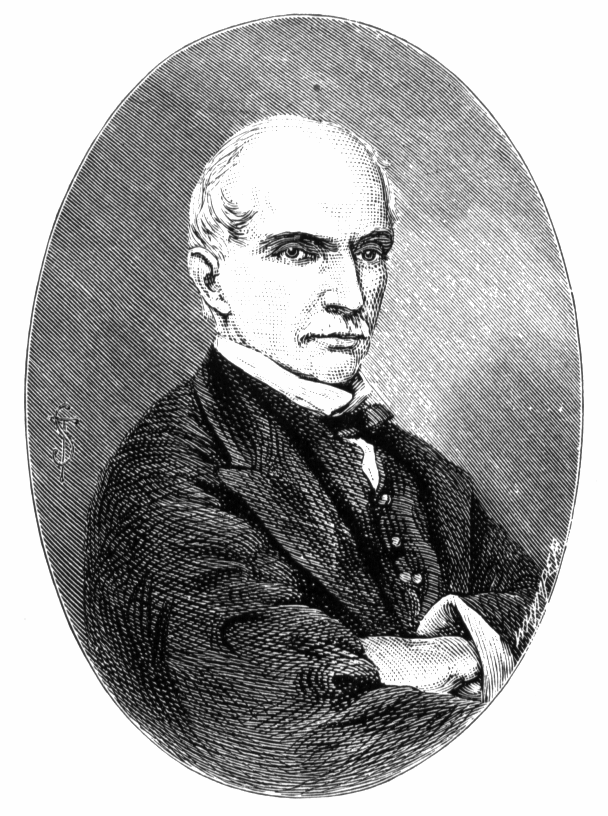 Gabriel Gregorio García y Moreno y Morán de Buitrón (, – , ) was an ian who twice served as President of his country (1859-1865 and 1869-1875) and was assassinated during his second term. [cite web|url=http://www.newadvent.org/cathen/06379b.htm|title=Gabriel García Moreno|work= |accessdate=02-18-2007] He is noted for his , religious perspective, and rivalry with liberal strongman . Under his administration, Ecuador became the leader in the fields of science and higher education within Latin America.

Part of the animosity García Moreno generated was his friendship toward the , better known as the Jesuits. During a period of exile, he helped a group of displaced Jesuits find refuge in Ecuador. This action and many similar ones encouraged the anti-Catholic parties of Ecuador, especially the Masons, to see in him an inveterate enemy.

While the politics of his age were extremely convoluted and murky, the fact that he was elected to a second term of office clearly indicates his popular appeal, both with the Catholic Church and with the masses. His vigorous support of universal literacy and education based on the French model was both controversial and bold.

Through his mother García Moreno he was a member of a wealthy and prominent Spanish aristocratic family. Among his relatives were José de la Cruz Ignacio Moreno y Maisonave, Archbishop of Toledo and Cardinal Primate of Spain, and his brother Teodoro Moreno y Maisonave, count of Moreno and justice of the Spanish Supreme Court.

García Moreno founded the Conservative Party in 1869. He was killed in office by a machete-wielding ecuadorianized n citizen called Faustino Rayo. After his death, his memory has continued to be celebrated in Ecuador, both as a great patriot and educator while also being a friend of the Church.

The coming of independence to Latin America saw the formation of two parties in every country there: Liberal and Conservative. Conservatives looked toward Europe, and particularly Spain, for social and political inspiration. They wished to retain the in the position which she had from the first settlement; furthermore, they wanted the great estates to remain like those of Europe&mdash;self-contained communities which, despite failing to make a great deal of money for their owners, did build social stability. The Liberals looked to the United States as a guide, wanted separation of Church and State, and wished to turn the great estates into money-making concerns, like factories. These two groups had clashed since independence. The Conservatives had indeed produced some great leaders, like Mexico's Agust’n I and Guatemala's . As the 19th century progressed, both parties were faced with the impact such inventions as the railroad would make on their countries.

Gabriel Garcia Moreno was born in 1821, the son of Gabriel García y Gómez, a Spanish merchant, and María de las Mercedes Moreno y Morán de Buitrón, a member of a wealthy aristocratic family in Ecuador's main port, . Garcia Moreno studied and law in the university of Quito. Thinking he had a vocation to the priesthood, he received minor orders and the tonsure; but his closest friends and his own interests convinced him to pursue a more worldly career. Graduating in 1844, he was admitted to the bar. Starting his career as both lawyer and journalist (opposed to the Liberal government in power) he made little headway. In 1849 he embarked on a two year visit to Europe to see first hand the effects of the 1848 revolution. He made a second trip in 1854-56. (himself a great champion of the Faith in the press) described what these trips did for Garcia Moreno:

In a foreign land, solitary and unknown, García Moreno made himself fit to rule. He learned all that was necessary for him to know in order to govern a nation, formerly Christian but now falling fast into an almost savage condition...Paris, which is at once a Christian and a heathen city, is the very place where the lesson he needed would best be acquired, since the two opposing elements may there be seen engaged in perpetual conflict. Paris is a training school for priests and martyrs, it is also a manufactory of anti-Christs and assassins. The future president of Ecuador gazed upon the good and the evil, and when he set out for his home afar, his choice was made.

He returned home in 1856 to find his country in the grip of strident anti-clericals; he was elected a senator and joined the opposition. Although himself a (he would have liked to have seen a Spanish prince on the throne) he bowed to circumstances and allowed himself to be made president after a civil war the year after his return---so great had his stint in the country's Senate made his reputation. In 1861 this was confirmed in a popular election for a four year term. Unhappily, his successor was deposed by the Liberals in 1867. But two years later he was reelected, and then again in 1875. During his period in office, he propelled his nation forward, all the while uniting her more closely to Catholicism.

Personally pious (he attended Mass, daily, as well as visiting the Blessed Sacrament; he received the every Sunday&mdash;a rare practice before &mdash;and belonged to the Workingmen's section of the Sodality, in which he was quite active), he believed that the first duty of the State was to promote and support Catholicism. Church and State were united, but by the terms of the new concordat, the State's power over appointments of bishops inherited from Spain was done away with&mdash;at García Moreno's insistence. The 1869 constitution made Catholicism the religion of the State and required that both candidates and voters for office be Catholic. He was the only ruler in the world to protest the Pope's loss of the Papal States, and two years later had the legislature consecrate Ecuador to the Sacred Heart. One of his biographers writes that after the public consecration, he was condemned to die by German Freemasonry. [Maxwell-Scott, Mary Monica, "Gabriel Garcia Moreno, Regenerator of Ecuador", p. 152. London 1914]

In more worldly things, he came to office with an empty and an enormous debt. To overcome this, he placed the government on stringent economy and abolished useless positions, as well as cutting out the corruption which siphoned off tax dollars. As a result he was able to provide Ecuadoreans with more for less. was abolished, but there was full compensation for the owners; (thus neither former slaves nor masters suffered economically). The army was reformed, with officers being sent to to study, and illiterate recruits taught basic skills. Houses of were closed, and hospitals opened in all the major towns. Railroads and national highways were built, telegraph extended, and the postal and water systems improved. City streets were paved, and local bandits suppressed. García Moreno further reformed the universities, established two polytechnic and agricultural colleges and a military school, and increased the number of primary schools to 500 from 200. The number of students in them grew from 8000 to 32,000. To staff the enormously expanded health-care and educational facilities, foreign religious were brought in. All of this was done while expanding the franchise and guaranteeing equal rights under the law to every Ecuadorean.

But the Liberals hated García Moreno; when he was elected a third time in 1875, it was considered to be his death warrant. He wrote immediately to asking for his blessing before inauguration day on August 30:

I wish to obtain your blessing before that day, so that I may have the strength and light which I need so much in order to be unto the end a faithful son of our Redeemer, and a loyal and obedient servant of His Infallible Vicar. Now that the Masonic Lodges of the neighboring countries, instigated by , are vomiting against me all sorts of atrocious insults and horrible calumnies, now that the are secretly arranging for my assassination, I have more need than ever of the divine protection so that I may live and die in defense of our holy religion and the beloved republic which I am called once more to rule.

García Moreno's prediction was correct; he was assassinated exiting the Cathedral in , struck down with knives and revolvers, his last words being: "¡Dios no muere!" ("God does not die!")

"It appears he was assassinated by members of a secret society," observed a contemporary review of public events. [Burke, Edmund [http://books.google.com/books?id=wD89Lnx_S_gC&d Annual Register: A Review of Public Events at Home and Abroad, for the year 1875] p.323 1876Rivingtons]