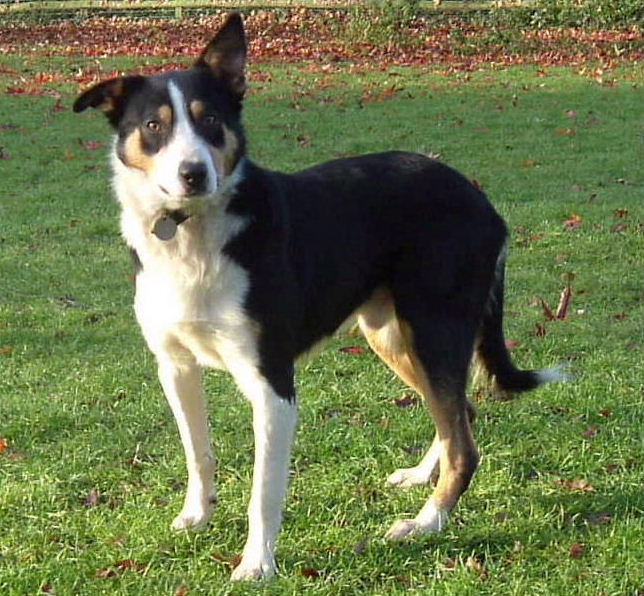 Like other types of working dog, Welsh Sheepdogs are normally bred for their herding abilities rather than appearance, and so they are generally somewhat variable in build, colour and size. Welsh Sheepdogs are of type, usually black-and-white, red-and-white or tricolour, and merle markings may occur over any of these combinations. The coat may be short or fairly long, and the ears are pricked, but usually folded at the tip. They are longer in leg, broader in chest and wider in muzzle than the . They are extremely active and intelligent, and therefore need much exercise and mental stimulation, if they are to be kept as pets.

Over many decades the Welsh Sheepdog has been widely replaced in Wales for working sheep by the , but in more recent years efforts have been made to maintain the indigenous Welsh Sheepdog as a distinct type.

Welsh Sheepdogs are usually of "loose-eyed" action, not fixing the stock with their gaze like the "strong-eyed" . They are able to work independently without necessarily being under direct human control. Welsh Sheepdogs are most often used for herding , but also readily work , , and even and . Traditionally they were often used as dogs to take cattle and sheep to markets locally or elsewhere in Britain.

The Welsh Sheepdog was described in "Dogs In Britain, A Description of All Native Breeds and Most Foreign Breeds in Britain" by Clifford LB Hubbard, published 1948.

At one time there existed many sheep-herding dogs peculiar to Wales but to-day the group is decreased to two or three breeds only. The ancient pure breeds of Black-and-Tan-Sheepdog and Welsh Hillman are almost extinct, and the is scarcely ever seen working to-day. The two former breeds were probably descendants of the ancient Covert Hounds or Buck-hounds which were used about a thousand years ago in Wales and later known as Welsh Wolf-hounds; these Hounds were frequently mentioned in, the Welsh Laws of the early tenth century as Gellgy ["Gellgi" in modern Welsh] ... The type best known in Wales to-day is one mostly descended from the old Black-and-Tan with an infusion of working Collie blood

Hubbard described the Welsh Sheepdog as really common throughout the north and central Welsh counties. In herding activities it did not ordinarily work low-to-ground in "the showy manner sometimes seen in the work of the working Collies". It was variable in type; approximately Convert|18|in|cm|abbr=on in height, but the weight ranged from the lighter built, leggier dog of North Wales at Convert|35|lb|kg|abbr=on to the more solid Convert|40|to|45|lb|kg|abbr=on dogs of Glamorganshire and Monmouthshire. He wrote that there were no dog show classes for Welsh Sheepdogs as it was purely a working breed and opposed the "improvement" of the breed for exhibition purposes.

According to Hubbard, during the 18th century Welsh drovers taking sheep for sale took with them five or six Welsh Sheepdogs as "herders on the narrow roads, guards against highwaymen, and providers of game on the route". These were an early type of Welsh Sheepdog, higher on the leg and more racily built than the modern day breed.

* Hubbard, Clifford L B. "Dogs In Britain, A Description of All Native Breeds and Most Foreign Breeds in Britain", 1948.