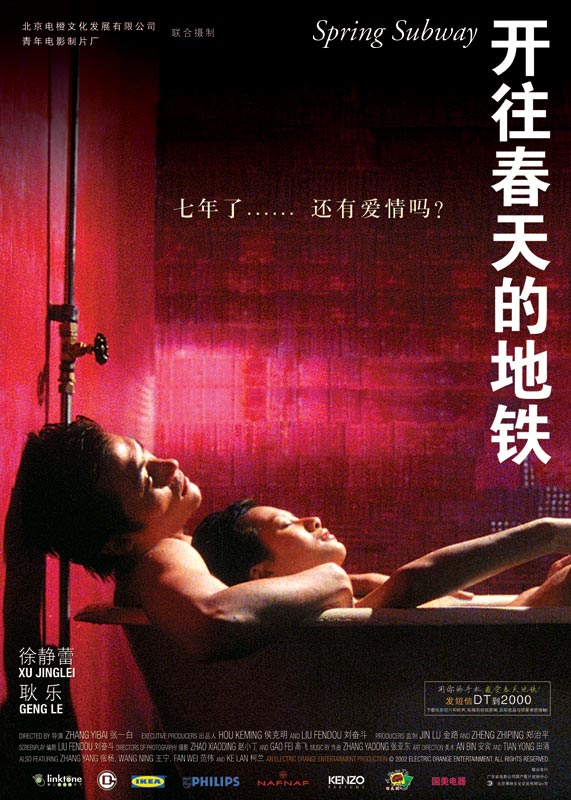 The film was produced by and the independent (run by screenwriter, ). Distribution was handled by .

Jianbin and Xiaohui are a young married couple living in . Married for seven years, the couple have appeared to grown bored with one another. Xiaohui, who works at a designing firm tentatively begins a flirtatious relationship with one of her customers, a coffee-shop owner (played by director Zhang Yang). Jianbin, meanwhile, has recently been laid off, though he keeps it a secret from his wife. Instead he dresses for work every morning, and rides the Beijing metro for most of the day.

While riding, he notes a series of romances begin to blossom including one between a young man (Tu Qiang), and a shopgirl (), as well as a baker (), and a trial products saleswoman (). Jianbin himself begins to flirt with adultery, when he begins caring for an injured schoolteacher ().

* as Liu Jianbin, a young 20-something in Beijing, Liu has recently lost his job, though he still pretends to go to work everyday, spending much of his time riding Beijing's subway;
* as Chen Xiaohui, Liu's wife of seven years;
* Zhang Yang as Lao Hu, a customer at Xiaohui's design company;
* as Li Chuan, an injured schoolteacher;
* as Wang Yao, a baker;
* as a saleswoman;
* as Tian Ai, a shopgirl and the object of Da Ming's affection;
* as Da Ming, a young man who Jianbin meets on the train.

The film is Zhang Yibai's first feature film directorial effort. Until "Spring Subway", Zhang had worked primarily in the genre and in television.

The film's tagline in Chinese translates as: "After 7 years, is there still love?"

The film's music was scored by and features vocals by the singer Yu Quan.

"Spring Subway" is significant in that it represents a new style of Chinese film. Unlike the more controversial works of Sixth Generation directors or , whose films often are banned by state authorities, Zhang Yibai's "Spring Subway" enjoyed state approval. As a result, it is, as one critic suggests, an example of the "ambitious independent Chinese film" that avoids major state-owned studios but nevertheless retains a significant amount of both international and domestic popularity.

"Spring Subway" has found some success on the film festival circuit, including Udine,