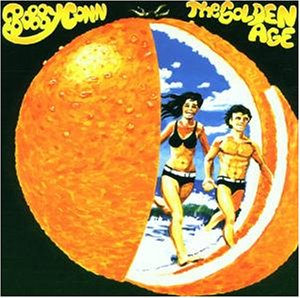 Conn said that the album "is really about this depressing realization that I managed to extend the teenage years into my mid-30s—that’s happened to a lot of people. American society is structured to deal with superficial identity questions to keep people from making trouble. If your main issue is how you dress and can you wear nose piercings to work, then you’re probably not going to protest war." [ cite web | last= Halpern | first= Ashlea | url= http://www.magnetmagazine.com/interviews/conn.html | title= MAGNET Interview: Bobby Conn | publisher= Magnet Magazine ]

"The Golden Age" has received the best all-round critical response of any of Bobby Conn's albums to date. "" magazine called it "almost magical", while "Mojo" admitted that "Self-consciously strange it may be, but [this album] proves Conn is much more than a novelty act." "Q Magazine" said that "the music is dazzling, daft and dark as the man himself", while "" suggested that "the genius of this record is its combination of theatricality and thrift. Conn easily finds art in what more self-consciously hip bands work hard to discard and denigrate". [ cite web | url= http://www.cduniverse.com/productinfo.asp?pid=1200775&BAB=E | title= Bobby Conn Golden Age CD | publisher= CD Universe] "In Music We Trust" praised Conn as "a talented songwriter able to craft, mold, and re-invent, Bobby Conn touches a style and turns it into gold." [ cite web | url= http://www.inmusicwetrust.com/articles/42r08.html | title= Bobby Conn: "The Golden Age" review | publisher= In Music We Trust]