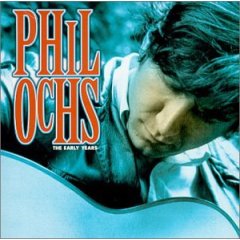 "The Early Years" is a compilation of seven recordings made for a Vanguard compilation in 1964 and twelve made at three s in 1963, 1964 and 1966, the latter tracks previously released on the 1996 compilation "Live at Newport".

Of the seven studio tracks, only five had actually been released by Vanguard on the compilation "The Original New Folks, Vol. 2", "How Long" and "Davey Moore" making their debut here. They are all in the vein of Ochs' first two albums, with their focus on human and civil rights stories seemingly pulled from . The seminal "There But For Fortune" made its debut here.