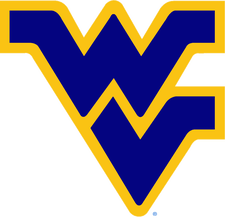 The season was the beginning of as the starting quarterback for West Virginia. Only a redshirt-freshman, Harris led the Mountaineers to a berth, after a 1-3 start.

The '88 season opened with coach 's alma mater, . The win marked the beginning of the run, winning 62-14. West Virginia beat their next opponent, , 45-10. West Virginia's first challenge was against the University of Maryland. West Virginia got behind the Terps 14-0, but pulled away at halftime, winning 55-24.

West Virginia's next game was at the . The game was a defensive struggle, until runningback , a Pitt transfer, ran a draw for 64-yards and the score. Scoring 14-points in the fourth quarter, the Mountaineers broke away and won 31-10. West Virginia then traveled to rival , and won 22-10, even though they produced four fumbles in the game. The next two games, a win at , and a 59-point win at , gave West Virginia a 7-0 record.

Next, the late October matchup vs Penn State at Mountaineer Field is widely regarded as one of the greatest games in Mountaineer football history. Before a nationwide CBS audience, the Mountaineers were up 34-8 before the half. On a draw play, runningback ran 55 yards for the touchdown to end the half. The game also included a touchdown run by Major Harris, which is forever remembered in West Virginia lore as "The Run".

The final regular season game of the season was at home, against the . The Orangemen were 8-2, while the Mountaineers were 10-0. The highlight of the game was a 49-yard interception by that was taken for a touchdown. The Mountaineers won 31-9, and took a famous lap around the stadium to entertain the 65,000 fans in Morgantown.

West Virginia traveled to the to play the only other undefeated team in the , the . Free-safety was out for the Mountaineers, but Nehlen moved star from strong safety to free to fill the hole. Nehlen recalled the move as "our first mistake...". "Another mistake I made is that I let the media overrun us."

West Virginia's offense was doomed from the third play of the game. Major Harris separated his shoulder on the third play when he was slammed to the ground by Irish Linebacker Michael Stonebreaker. He couldn't throw well for the rest of the game. Linemen John Stroia and Bob Kovach were injured for the Mountaineers in that game as well. Notre Dame completely dominated the game. West Virginia only made one serious threat. Willie Edwards (Now coaching at * class of 1984) picked off a Tony Rice pass in the 3rd quarter. ND led by 13 points at the time. A Harris incompletion and two ND sacks took WVU out of field goal range, and the threat was over. ND opened up a 27 point lead before two late WVU touchdowns made the score respectable. WVU lost 34-21, it was their first loss of the season for the national championship.

West Virginia's '88 team was highlighted with an explosive offense, led by Major Harris. Harris, only a sophomore, threw an exceptional deep ball in addition to his remarkable scrambling ability. Running backs , , , and Craig Taylor at fullback highlighted the run game. The runners were led by and on the offensive line, along with Stroia and Kovach, while led the line at center. Early in the season, was moved from receiver to tight end, providing help to the run game, but was more famous as a deep-pass threat. The receivers catching the balls from Harris were led by , who was accompanied by and .

Coach Don Nehlen credited West Virginia's '88 team's defense as being the main factor to their success. The linebacking core included , , , , , and . and headed the defensive line, along with . The secondary was one of the best in West Virginia history, led by and . Orlando had a good pro career with the and , while Darrell went pro in baseball. Willie Edwards played corner along with , who went pro as well, and and David Lockwood played solid backup corner.

was the while being assisted by assistant head coach, wide receivers coach, and recruiting coordinator Doc Holliday.