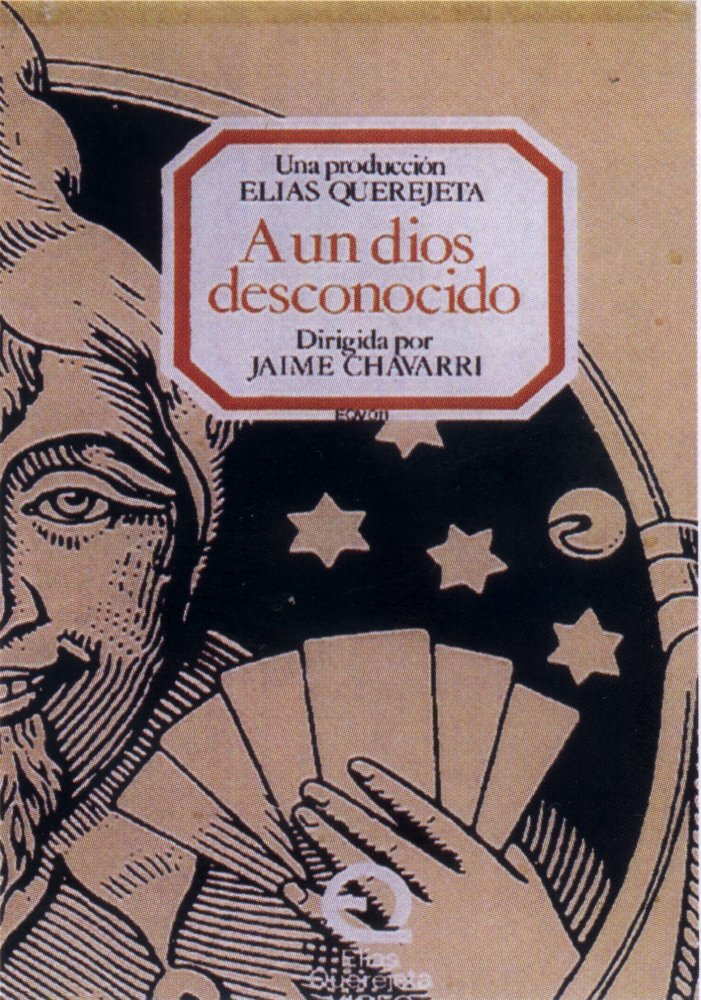 "A un dios desconocido" (English: "To an Unknown God") is a 1977 Spanish directed by . The film is about an aging man coming to terms with his homosexuality and mortality. It was a pioneer in his frank and mature examination of homosexuality.

José is an actor- magician, an elegant discreet homosexual who lives alone and has an occasional affair with Miguel, a young politician who finds it more convenient in Madrid's high society to marry than asserts his homosexuality. José is a man romantically possessed and obsessed by his childhood in during the outbreak of the in the spring of 1936.

Now in his fifties, José returns to Granada and relives his childhood there. A time when he fell in love with and had a youthful affair with one of Lorca's own lovers. Memories come flooding back to the mature José, of youthful sexual conquest, of Lorca's murder at the hands of s' agents, and his own early homosexual affairs. José's entire life is colored by his obsessions with garcia lorca, his unknown God, to whom the film is dedicated.

José travels travels twice to Granada. First, he revisits a woman who is also obsessed with Garcia Lorca's memory, and steals a photograph of the boy with whom he had his first sexual encounter; later, José returns to Madird, to a party in search of his youth, and meets a pianist with whom he had sexual relations many years before but now does not remember.

When José returns to Madrid, he is a man tormented by his past, and in search of peace. listening to a taped recording of Garcia Lorca's famous Ode to Walt Whitman, he desires nothing more than to face the rest of his life in loneliness, although his recent lover, Miguel has returned to his bed and wants to continue their affair. José realizes that he is really aall alone in their world, alone with his God.

The film was the Grand Prize winner at the of 1978 and was part of the series of Spanish films which traveled throughout North America in 1979-1980. Hector Alterio also won the Best actor award at the San Sebastian Film Festival in 1977 for his performance as José.
* 3 Awards at : Best Spanish Film, Best Actor and OCIC Award.