Not to be confused with Molière. 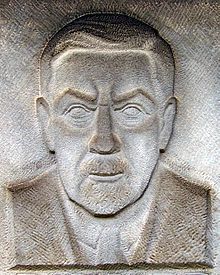 Richard Mollier (30 November 1863, Triest – 13 March 1935, Dresden) was a German professor of Applied Physics and Mechanics in Göttingen and Dresden, a pioneer of experimental research in thermodynamics, particularly for water, steam, and moist air.

The Mollier diagram (h-s chart) of enthalpy of moist air versus its water vapor content (h–x diagram) is equivalent to the Psychrometrics Chart commonly used in the USA and Britain.

After attending Gymnasium (high school) in Triest, he commenced studies in mathematics and physics at the University of Graz (Austria), continuing at the Technische Fachschule München. He presented his first publications as an outside lecturer for Theoretical Mechanics. After a short stint in Göttingen, he succeeded Gustav Zeuner in 1897 as Professor of Mechanical Engineering at the Technischen Hochschule Dresden. His 1904 publication New Graphs for Technical Thermodynamics greatly simplified calculations involving thermodynamic processes. His New Tables and Diagrams for Water Vapor, first published in 1906, appeared in six further editions through 1932, as he updated it to reflect new developments.

At the 1923 Thermodynamics Conference held in Los Angeles, it was decided to name, in his honor, as a “Mollier graph” any thermodynamic diagram using the Enthalpy h as one of its axes. Example: the h–s graph for steam or the h–x graph for moist air.