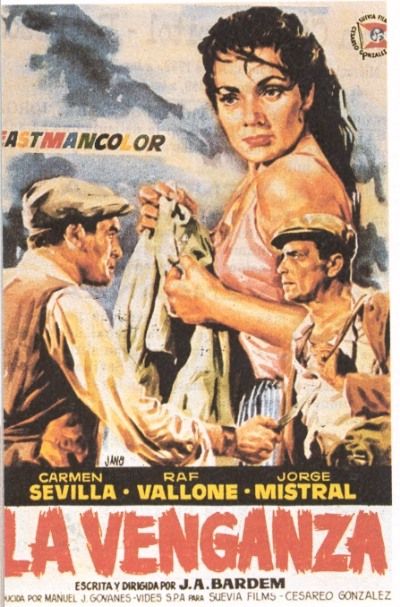 "La venganza" is a 1958 Spanish directed by . It was shown at , 1958 in competition, and it was not released in Spain until the following year.

It was co-produced with , starring Italian . narrates the film.

The film had serious troubles with Spanish censorship. Even Bardem went to prison and it was an international scandal.

The film was the first Spanish movie that received an as Best Foreign film.