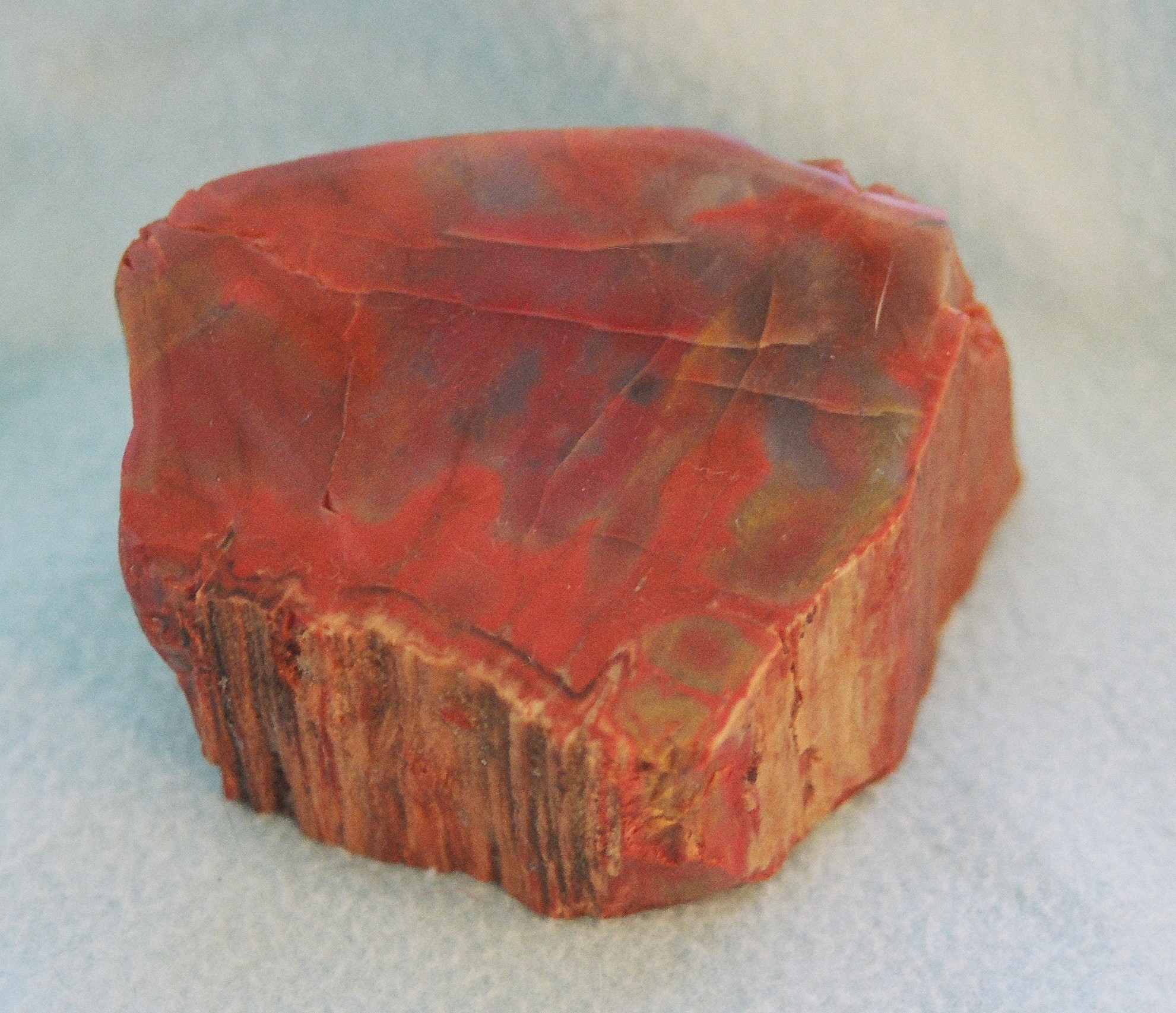 In the period, the Araucarioxylon tree grew in what today's Black Forest, a part of the 378.51 km² (93,492 acre) in eastern Arizona. Prehistoric Arizona was a flat tropical expanse in the northwest corner of the .

The trees towered as high as 60 m (200 ft) and measured more than 60 cm (2 ft) in diameter. Fossils frequently show boreholes of s, as well as fossilized hives of prehistoric s.

The genus "Araucarioxylon" is regarded by some paleobotanists as synonymous with the modern genus "", though this view is not universal.

The of this tree is frequently referred to as "Rainbow wood" because of the large variety of colors some s exhibit. The red and yellow are produced by large particulate forms of , the yellow being and the red being . The purple hue comes from extremely fine spherules of hematite distributed throughout the matrix, and not from , as has sometimes been suggested.