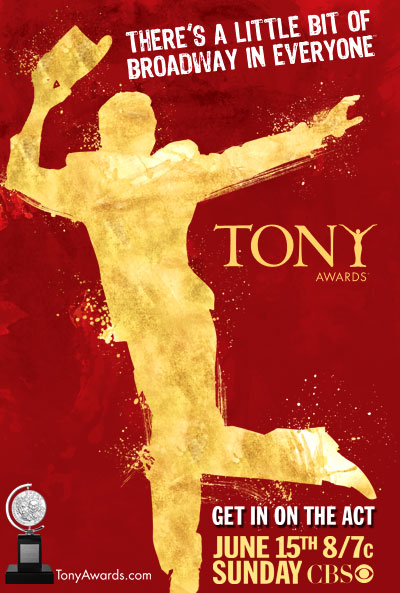 caption =
date =
venue = ,
host =
network =
last = 61st
next = 63rdThe 62nd Tony Awards ceremony was held on Sunday, , . television broadcast the event from in as it has since the 51st Awards (1997). The event recognized the Broadway shows playing during the – season and was hosted by .

The Tony Award nominations announcement was made on , by and . "In the Heights", which premiered , garnered the most nominations of any show with 13. "Rodgers & Hammerstein's South Pacific" received 11, the second most of any revival to date (one of these was in the new "sound design" category). The -winning drama "" earned seven nominations. The revival of "" took nine nominations, the revival of "Gypsy" received seven, as did the new musical "".

The "Visa Signature Tonys Preview Concert" was taped at Jazz at on May 11 and will be broadcast on CBS television affiliates in June. The concert features performances from 10 Tony-eligible musicals as well as interviews with Tony nominees. [ [http://www.playbill.com/news/article/118178.html playbill article] ] The Awards for Excellence in Theatre, more commonly known as the , recognize achievement in live .

Starting the 62nd Tony Awards was the cast of "The Lion King" with "Circle of Life", celebrating the show's 10th anniversary.

The cast of "Grease" featuring and as Danny and Sandy as chosen by the television audience as part of reality TV show, performed "Grease" and "We Go Together (Reprise)."

performed "" with and from "Gypsy".

The cast of "Cry-Baby" performed "A Little Upset".

Stew and the cast of "" featuring Daniel Breaker and De'Adre Aziza performed "Keys".

The cast of "Xanadu" performed "Don't Walk Away".

The three new musicals that were not nominated for Best Musical also gave abbreviated performances of a song from each show. performed "Part of Your World" from "The Little Mermaid". performed "Vision" from "" as Leslie Kritzer and Matt Cavenaugh danced in the background. and performed "Deep Love" from "Young Frankenstein".

Best Performance by a Leading Actor in a Musical
*Daniel Evans, "Sunday in the Park With George"
*, "In the Heights"
*, "Passing Strange"
*, "Rodgers & Hammerstein's South Pacific"
*, "A Catered Affair"

Best Performance by a Leading Actress in a Musical
*, "Xanadu"
*, "Gypsy"
*, "Rodgers & Hammerstein's South Pacific"
*, "A Catered Affair"
*, "Sunday in the Park With George"

Best Direction of a Musical
*Sam Buntrock, "Sunday in the Park with George"
*Thomas Kail, "In The Heights"
*, "Gypsy"
*, "Rodgers and Hammerstein's South Pacific "

Best Lighting Design of a Musical
*, "Sunday in the Park with George"
*, "In the Heights"
*, "Rodgers & Hammerstein's South Pacific"
*, "The Little Mermaid"

Lifetime Achievement in the Theatre:*

* [http://www.TonyAwards.com The official website of the Tony Awards]
* [http://www.broadwayworld.com/viewcolumn.cfm?colid=27836 concert article]
* [http://www.patrolmag.com/index.php?id=449 Hip Hop vs. Roller Disco] Which will the 2008 Tony voters pick?