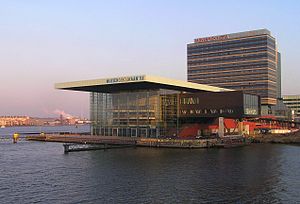 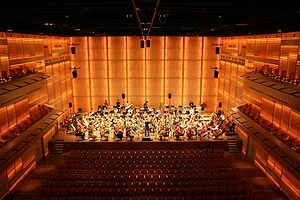 Muziekgebouw aan 't IJ (English: "Music Building on the IJ") is a concert hall for contemporary classical music on the IJ in Amsterdam, Netherlands. The building opened in 2005 and is located above the IJtunnel, a ten-minute walk from Amsterdam Centraal station. The building was designed by Danish architects 3XN. The Bimhuis is part of and partly integrated in the Muziekgebouw aan 't IJ.

The first director was Jan Wolff (2005-2008); Tino Haenen has been artistic director since June 2008. Haenen was previously director of the Belgian contemporary music festival Ars Musica.