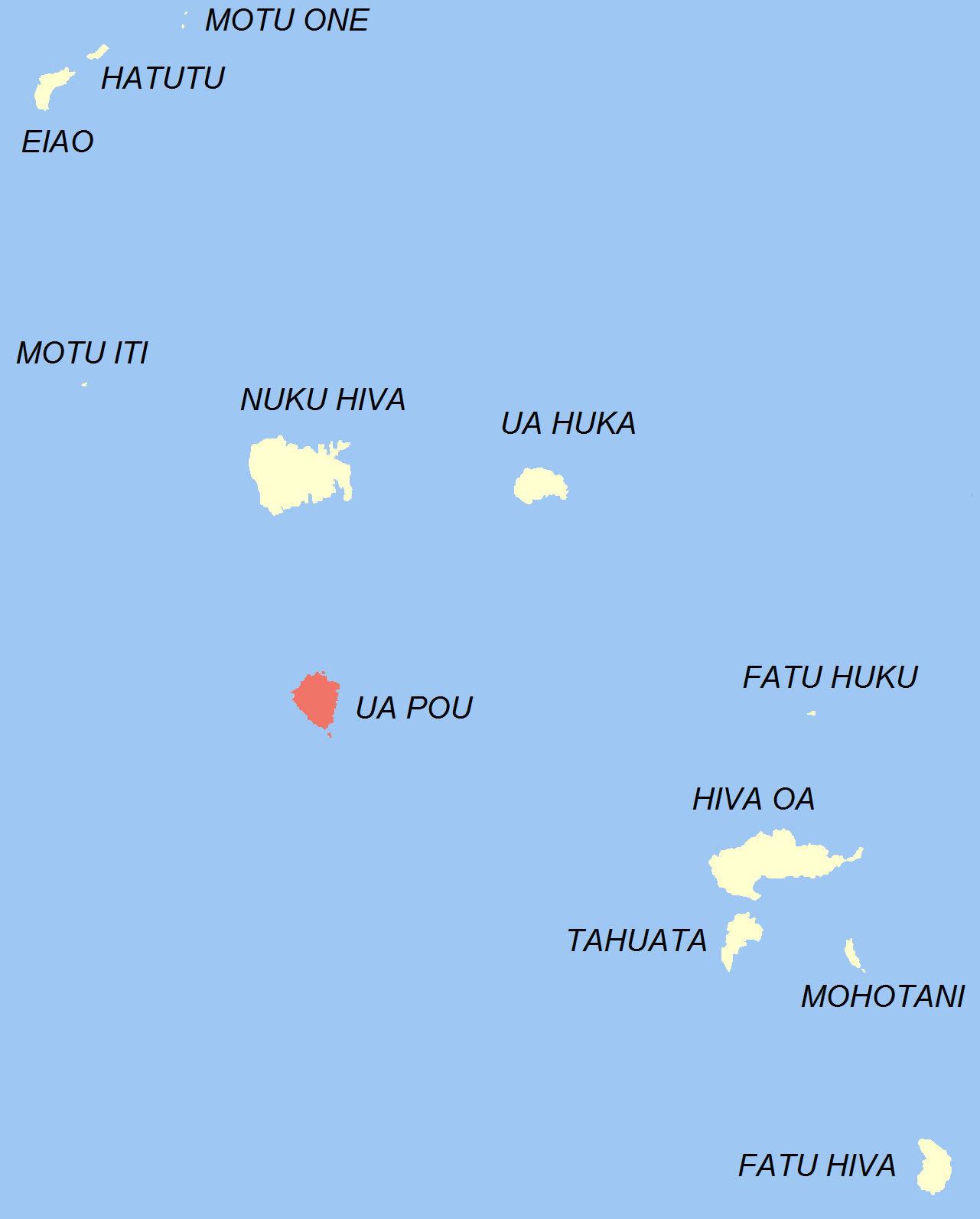 Ua Pu (French: "Ua Pou", North Marquesan: "&rsquo;uapou" [ [http://tahitinui.ifrance.com/toponymie/henua'enana.html La toponymie des îles Marquises] ] ) is the third largest of the , in , an overseas territory of in the . It is located about 50 km (30 mi.) south of , in the northern Marquesas. Until the beginning of the 1980s, it was the most populous of the Marquesas Islands, because when the other islands were being ravaged by diseases introduced by European explorers and traders, the priests on the island finally took to quarantining the remnant of the native population inside their churches whenever visiting ships approached the island, thereby reducing their exposure to external diseases.

The center of the island is characterized by four high pillars that reach high above the surrounding mountains. The highest of these pillars, Mount (French: "Mont Oave"), reaches to 1,230 m (4,035 ft.) above and is the highest elevation in the Marquesas.

The island covers an area of 106 km (41 sq. mi.), and is located just northwest of the small island of Motu &lsquo;Oa. The population in 2007 was 2,157. The largest settlement is , on Hakahau Bay, on the northeast coast.

Administratively Ua Pu forms the commune (municipality) of Ua-Pou, part of the administrative subdivision of the . This commune consists solely of the island of Ua Pu and its offshore rocks. It is subdivided into two associated communes: Hakahau and .

The administrative center of the commune is the settlement of Hakahau, located within the associated commune of Hakahau, on the northeastern shore of the island.

Ua Pu is the only major island that was unified under a single prior to the arrival of an explorers.

Prior to the island's unification, reportedly about 1585, there is evidence that the tribes of Ua Pu were sometimes united in war with the tribes of on against those of Tai Pi. Despite the fact that tribes from both the eastern and western halves of Ua Pu were often united in war against each other, however, it appears that such differences among them were not considered when members of tribes from either side of the island sought refuge among the tribes of Te I'i on Nuku Hiva.