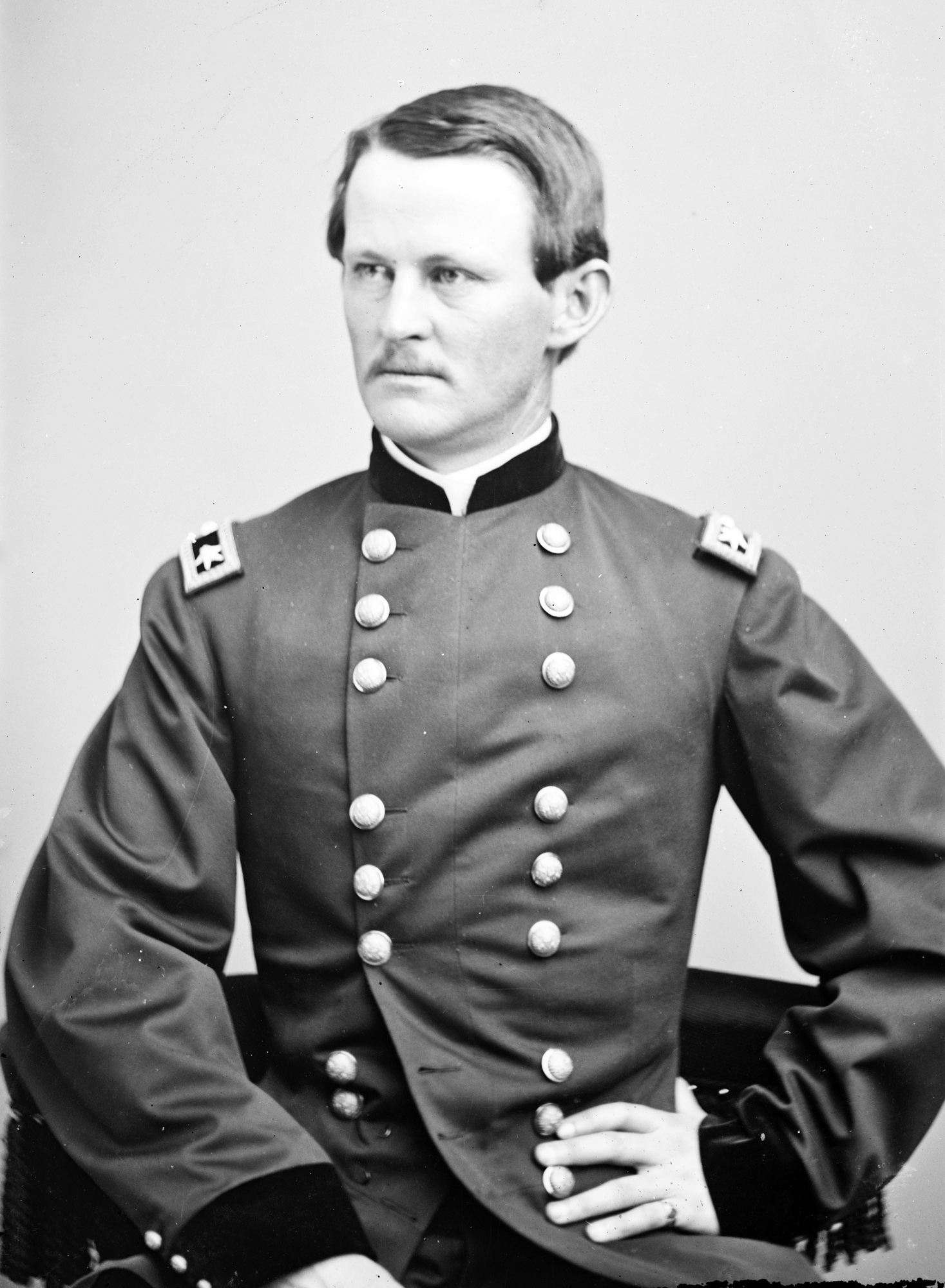 Merritt was born in . He graduated from the in 1860 and was commissioned a second lieutenant in the 2nd U.S. Dragoons (heavy ), serving initially in under . He became the for the unit when it was renamed the 2nd U.S. Cavalry.

In 1862, Merritt was appointed in the U.S. Cavalry and served as an to Brig. Gen. , who commanded the Cavalry Department of the . He served in the defenses of , for the rest of 1862. In 1863, he was appointed adjutant for Maj. Gen. and participated in Stoneman's Raid in the in 1863.

In the , Merritt commanded the Reserve Brigade, 1st Division, Cavalry Corps of the . He was slightly wounded in the ; soon after ( ), he was appointed brigadier general of volunteers for his "gallant and meritorious service" at Brandy Station and Upperville. Being promoted directly from captain to brigadier general was an unusual step, even for the Civil War, but Merritt shared this honor on that date with Captain and First Lieutenant .

In the initial cavalry actions of the , Merritt saw no action; his reserve brigade guarded the lines of communications of the Army of the Potomac. On , , however, he participated in the assault ordered by division commander Brig. Gen. on the Confederate right flank, following . His fellow general, Elon J. Farnsworth, was killed during this futile assault against infantry troops. Merritt took over the 1st Division of the Cavalry Corps following the death by typhoid fever of its commander, , in December 1863. He commanded the division through Lt. Gen. 's in 1864. He received a brevet promotion to lieutenant colonel in the regular army for his actions at the , the engagement in which Confederate cavalry commander Maj. Gen. was killed.

During Maj. Gen. 's , Merritt commanded the 1st Division, Cavalry Corps of the . Arriving at the opportune moment, his division routed the Confederate forces at the Third Battle of Winchester, for which he received a brevet promotion to major general. He was second-in-command to Sheridan during the and was one of several commissioners for the surrender at . He was brevetted brigadier general in the regular army, in March 1865, for bravery at the and the .

After the war's end, Merritt continued to serve in the cavalry along the frontier. He was appointed a lieutenant colonel in the regular army on , , and commanded the 9th Cavalry out of in . He was promoted to colonel of the 5th U.S. Cavalry on , , which he commanded in the during the . He served on the frontier until being appointed superintendent of West Point, a post he filled from 1882 to 1887. In 1887, he was appointed a brigadier general in the regular army. He was promoted to major general in the U.S. Army in 1895. Merritt presided over the court of inquiry that looked into the death of Custer in the .

After defeated the Spanish navy at the in 1898, the U.S. began to organize ground forces to attack and capture the city of . Merritt was placed in command of the VIII Corps being raised in . In June 1898, Merritt and the last of the VIII Corps departed from for the .

Once Merritt arrived on the island of , he and Dewey made preparations for the attack on the city. The two intentionally kept out of the plans for the attack, neither wanting Aguinaldo's Insurgents to have any control over the city. It is widely believed that Merritt and Dewey made arrangements with General , commander of the Spanish garrison, to surrender the city to the U.S. only after putting up a token resistance. In any case, the city fell on and Merritt became the military governor of the . He later advised the U.S. in the peace negotiations at the Treaty of Paris.

Merritt retired from the Army in 1900 and died ten years later in . He is buried in the Post cemetery, .